Disassembly and assembly of the carburetor 2108 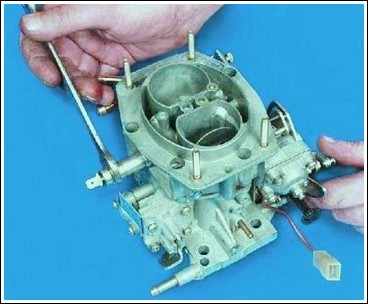 Remove the fuel jet from the valve body. 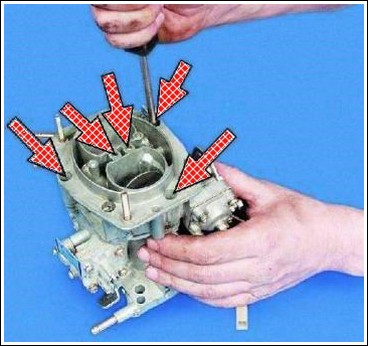 Remove the five screws securing the carburetor cover, and remove it. 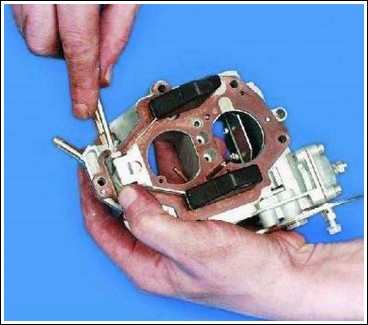 Using a thin screwdriver or wire, push out the axis of the floats. 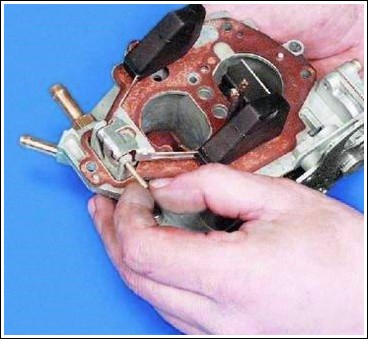 Remove the axle and remove the floats. 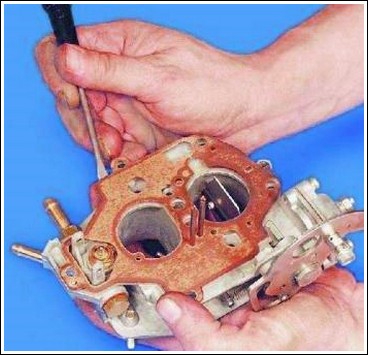 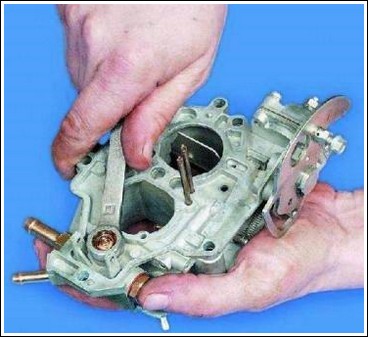 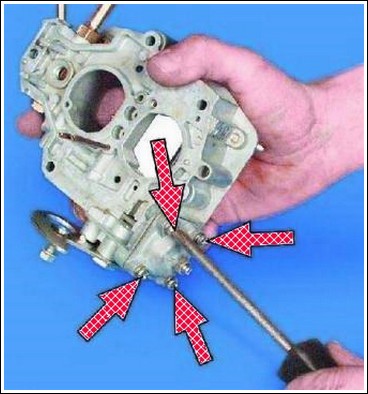 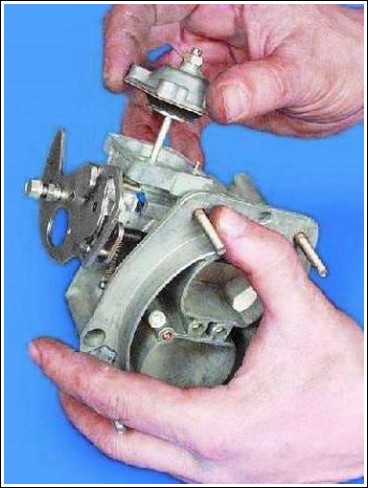 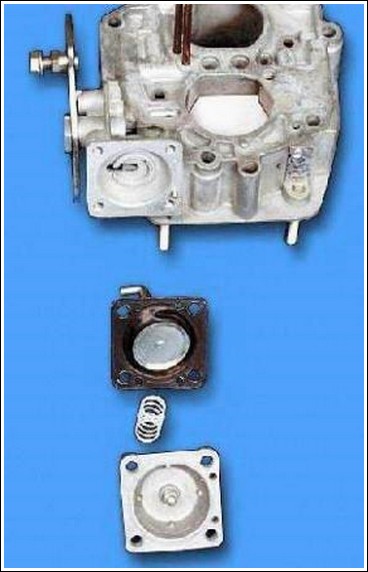 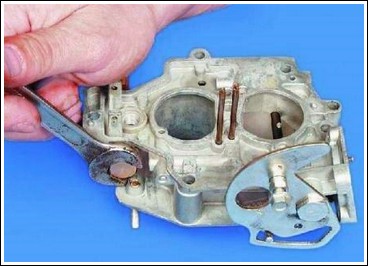 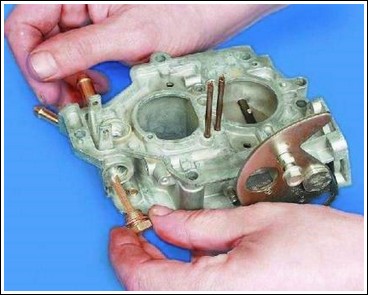 Remove the cork with the filter inserted in it. 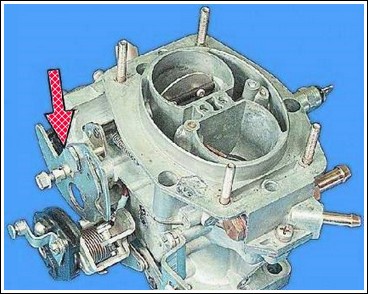 If you need to remove the choke lever, carefully unscrew the axle, while removing the locking ball with a spring from under the lever, and remove the lever. 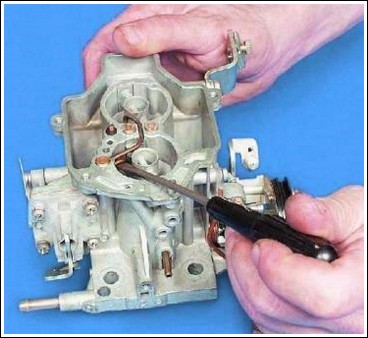 Carefully pry off the accelerator pump injectors with a screwdriver and remove them. 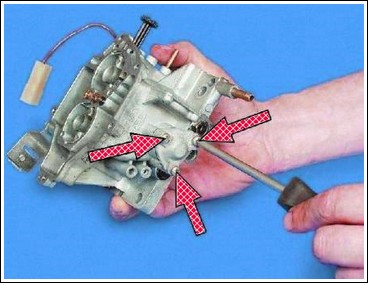 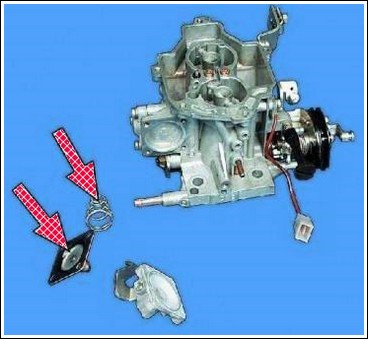 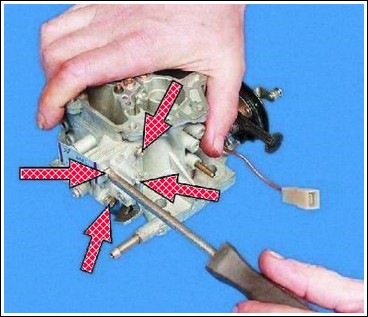 Remove the three screws that secure the power saver cover. 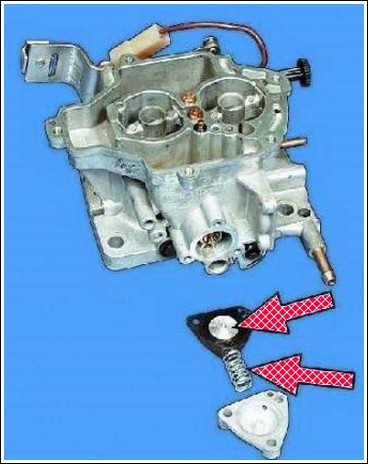 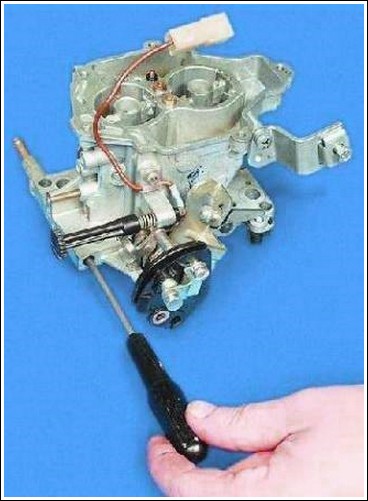 You can remove the plug with a corkscrew. 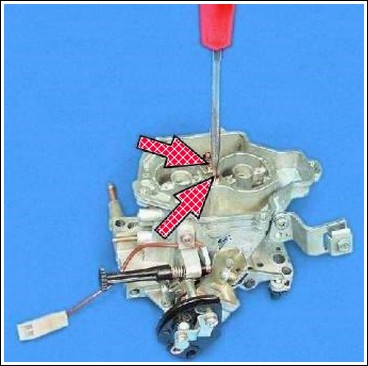 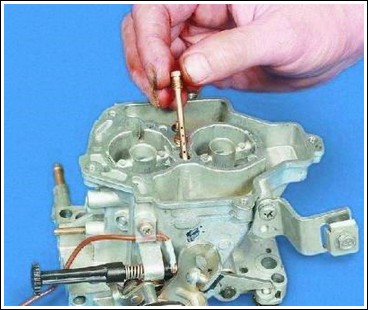 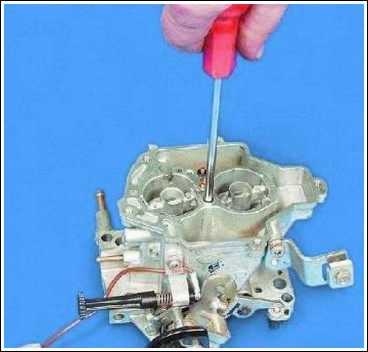 Unscrew the main fuel jets installed in the wells of the emulsion tubes. 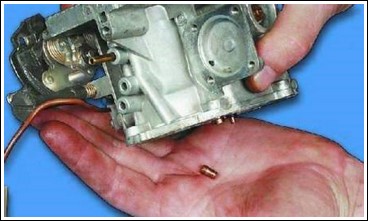 Turn the carburetor body over and shake out the main fuel jets. 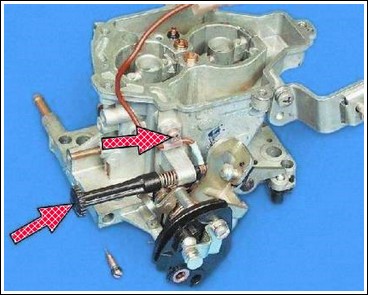 The marking of jets is determined by the flow rate, which is measured using micrometers.

The micrometers are adjusted according to the reference jets.

The conditional consumption of the fuel jet is determined by the reference jet using a special method.

It is not subject to control during operation. 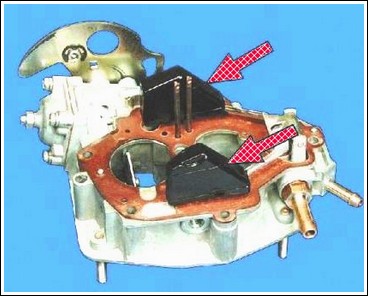 The float should rotate freely, without jamming, on the axis and not touch the walls of the float chamber.

If not, adjust float 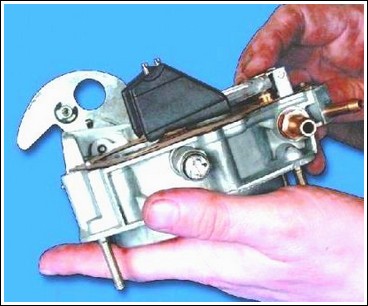 The valve needle must move freely in the socket. 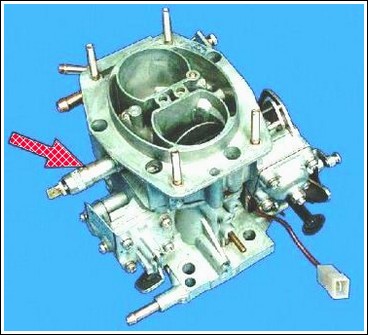 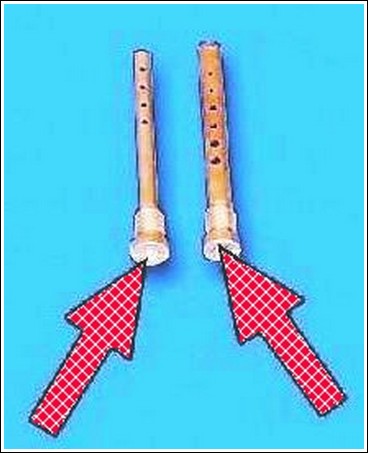 Install the jets according to the markings on them (see "Carburetor calibration data"). 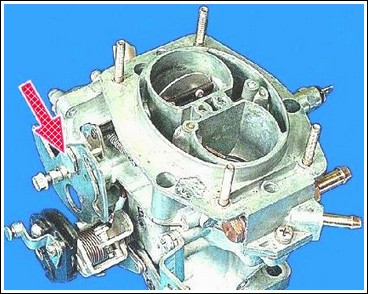 If the air damper actuator lever was removed, apply UG-9 type sealant to its end face and upper threads before screwing the lever shaft in. 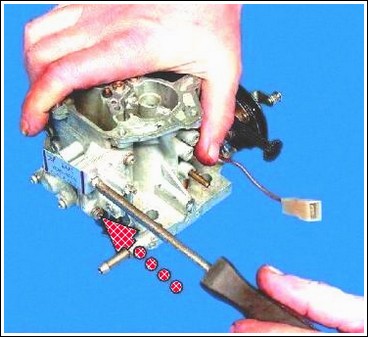 Adjust the trigger and check the operation of the second chamber lock mechanism.