Checking the performance of the ZMZ-406 injector

Four fuel injectors are installed in the intake pipes of the cylinders. The injectors open at the signal of the control unit, injecting fuel in accordance with the engine's work cycles

The duration of the control pulse applied to the injector winding sets the amount of fuel entering the cylinder and depends on the engine operating mode.

In the start mode and in the event of a malfunction of the camshaft position sensor, the injectors work in pairs (1 and 4 or 2 and 3), injecting gasoline alternately every half-turn of the crankshaft.

The solenoid nozzle (02801505606 or "ZMZ DEKA IA9Z61") is an electromechanical valve that works on the principle of an electromagnet.

When voltage is applied to the nozzle winding, an electromagnetic field is created that draws the core along with the locking device needle and passes fuel to the spray holes.

An additional fuel filter is installed in the injector inlet.

To check the health of the injector, turn off the ignition and remove the "negative" terminal of the battery. 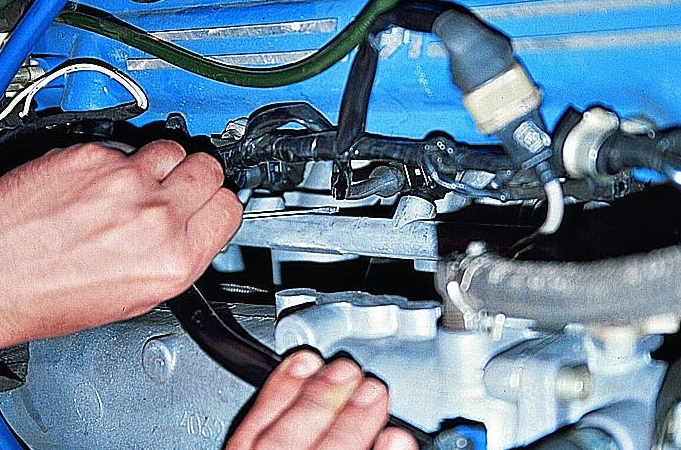 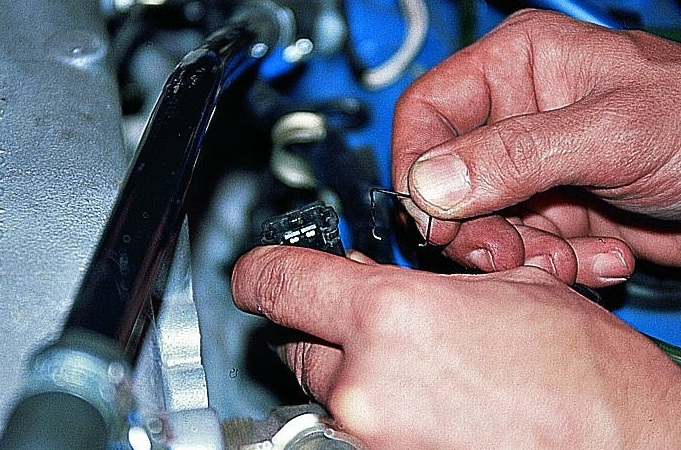 With an awl or a thin screwdriver, snap off the spring clip of the shoe.

Disconnect the connector from the injector. 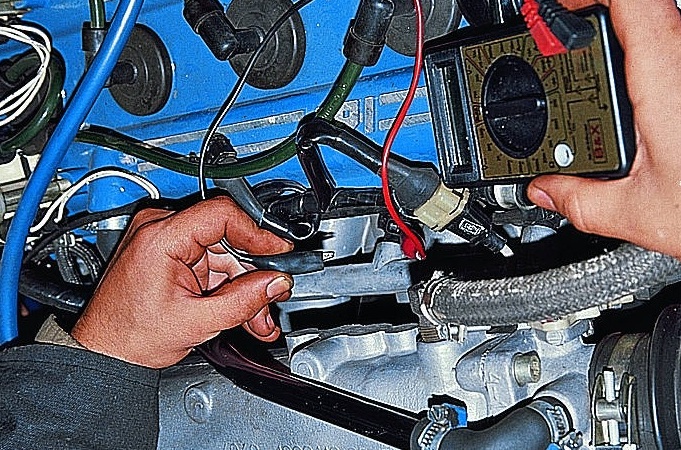 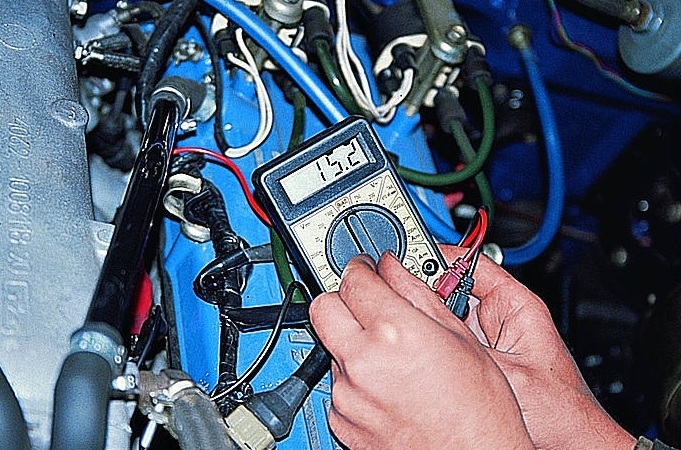 Having connected an ohmmeter to the injector terminals, we measure the resistance of its winding.

The winding of a working injector should have a resistance of 15-16 ohms between the central and side pins of the connector.

Further tests are carried out on the nozzle removed from the engine. 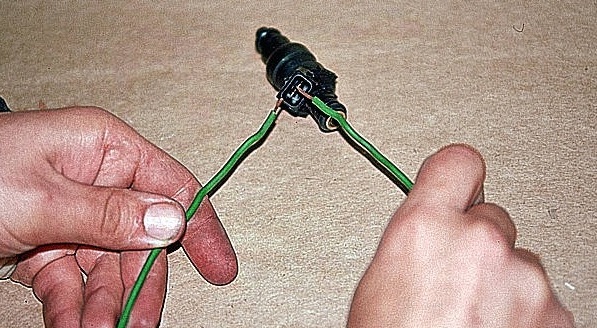 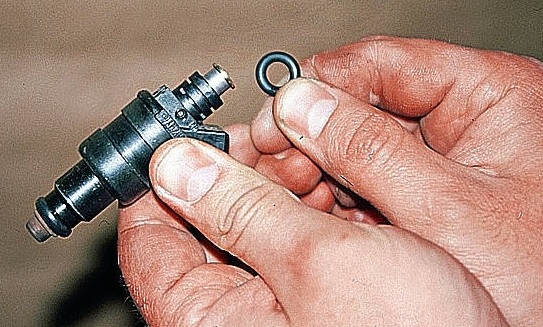 When the battery voltage is applied briefly, a distinct click should be heard.

Remove the sealing collar from the nozzle flange and connect the nozzle with a rubber hose with a clamp to a source of compressed air (a compressor with a pressure gauge or a foot pump). 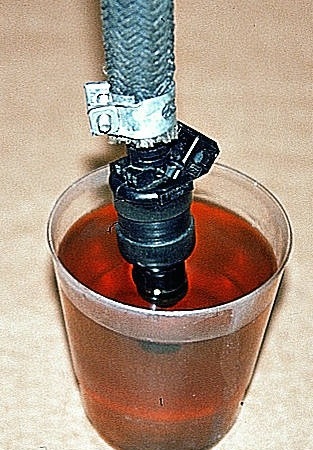 Having lowered the nozzle sprayer into kerosene, we supply air to it at a pressure of 3 kgf / cm2.

For a working nozzle, air should not pass through the atomizer. 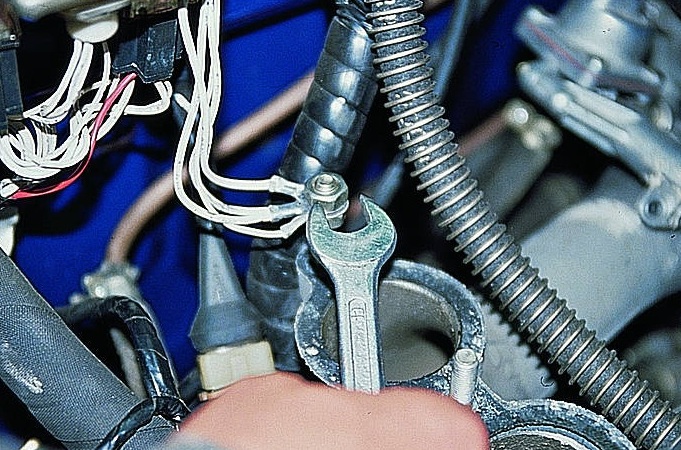 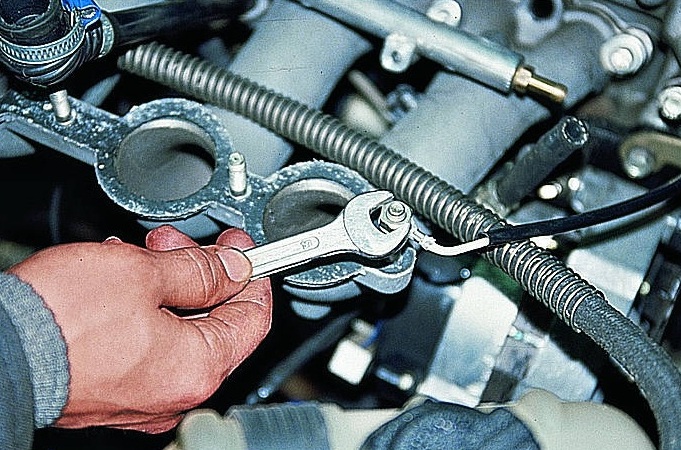 We connect the ground wires that were removed from the intake manifold studs during the removal of the injectors.

Having tightened the nuts, with a key of 13 we tighten the contact with the ground. 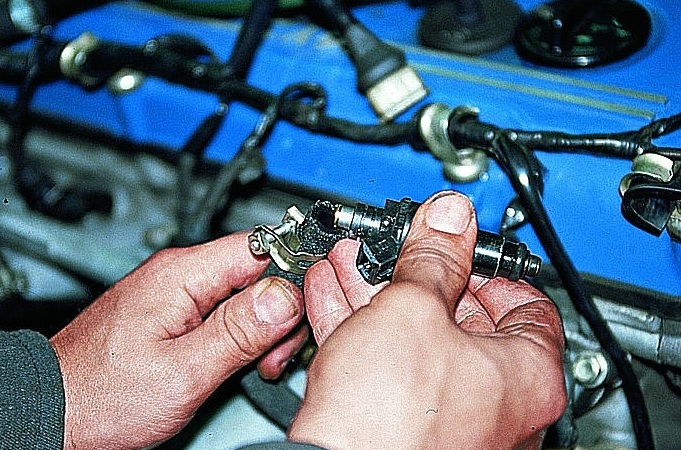 We put the inlet hose of the fuel rail on the nozzle flange and tighten the clamp with a screwdriver.

We connect two wires with a length of at least 1 meter to the injector terminals.

After making sure that the ignition is off, we connect the "negative" terminal of the battery.

Turn on the ignition and, after waiting for the fuel pump to stop working, turn off the ignition.

Having fixed the nozzle over the container, we connect the wires to the battery terminals for a short time 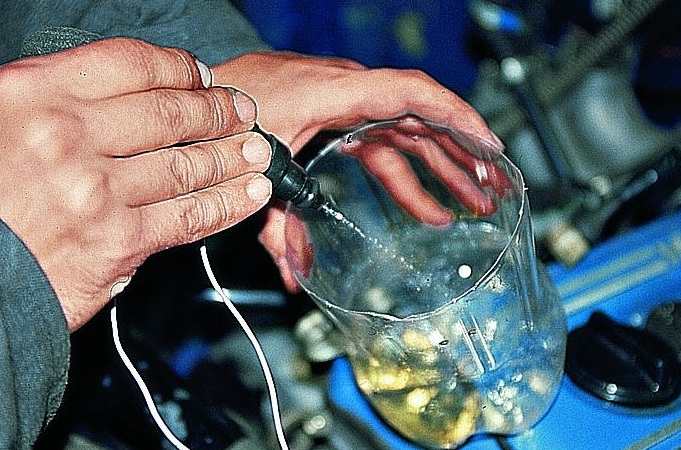 The nozzle should produce a conical jet of finely atomized fuel.

If the nozzle does not work, reverse the polarity of the wires.

Relieve the pressure in the fuel line by applying voltage to the injector. Drain the gasoline into a suitable container.