Usually, the camshaft oil seal is replaced when the engine is being repaired and when oil is leaking.

Leaking oil, splashing, falls on the timing belt, which deteriorates as a result 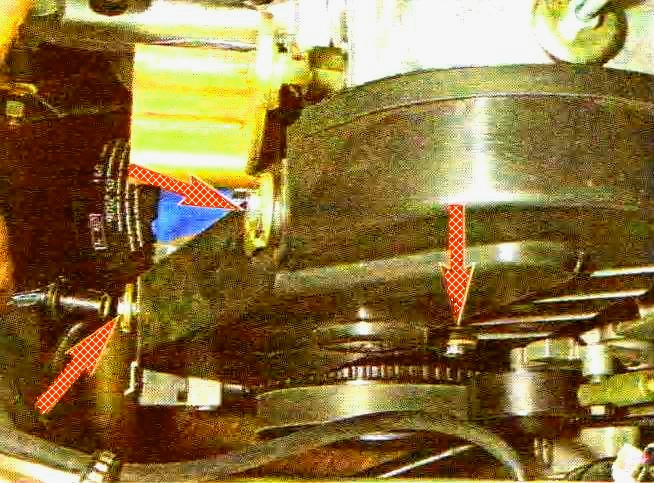 Using a 10 key, unscrew the three bolts of the front protective cover 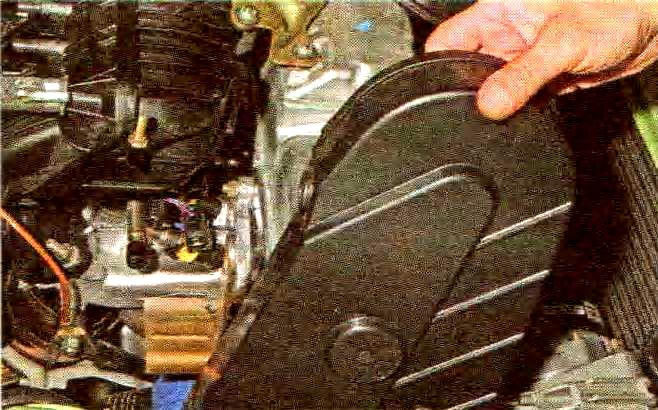 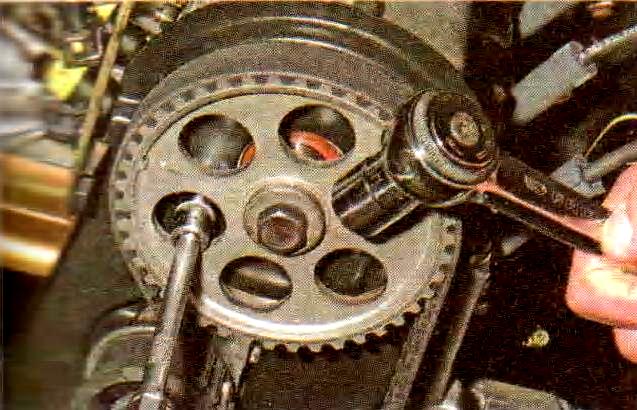 We insert a 10 head with an extension through the hole in the pulley and put it on the nut securing the rear cover of the timing belt.

With a head of 17, we loosen the tightening of the bolt securing the camshaft toothed pulley. 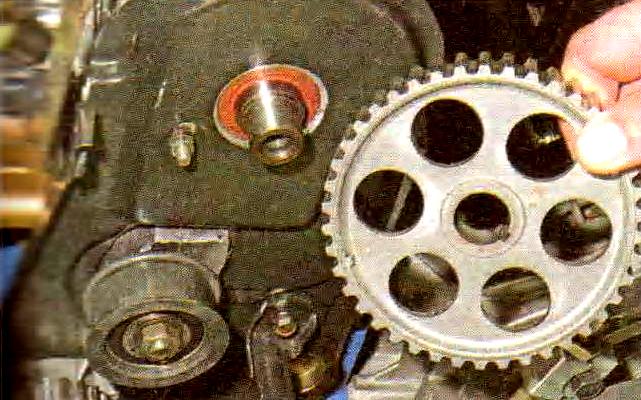 Having unscrewed the mounting bolt, remove the camshaft pulley 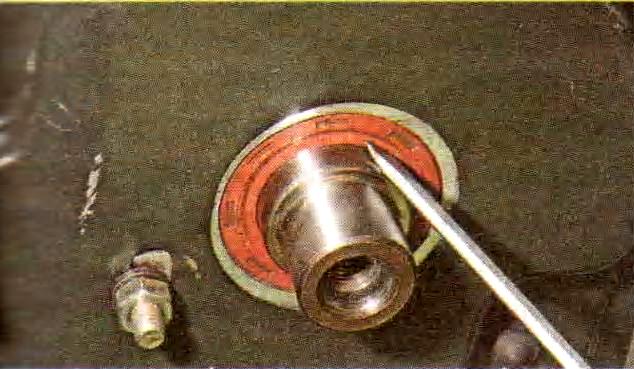 Pry the oil seal with a screwdriver 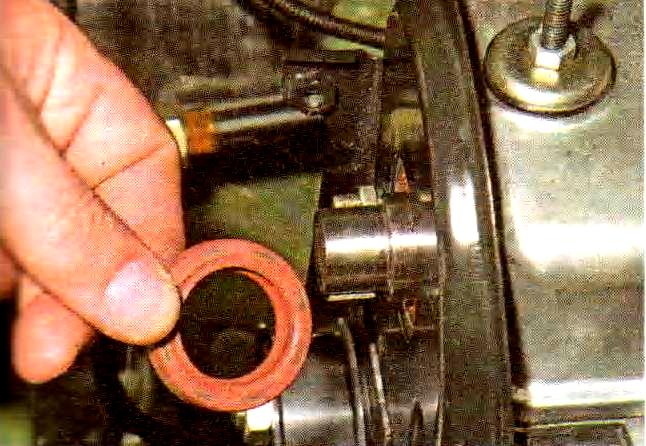 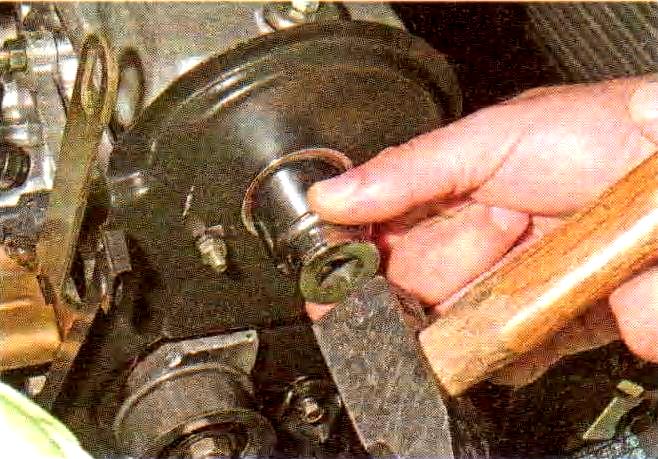 We apply a thin layer of engine oil on the working edge of the new oil seal and press the oil seal with a mandrel of a suitable diameter.

We carry out the subsequent assembly in the reverse order.