According to the recommendations of the factory, the alternator belt should be replaced after 15 thousand km

If the alternator drive belt is loose, the battery will not be sufficiently charged.

Usually, when a belt is weak, it starts to slip on the engine pulley and generator pulley.

There is a characteristic "whistling".

It is especially clearly audible at the first start of the engine and with a sharp increase in engine speed.

The alternator pulley is subjected to intense heat and wear.

The belt must be replaced if it is pulled out, cracks are found on it, or the rubber is delaminated. 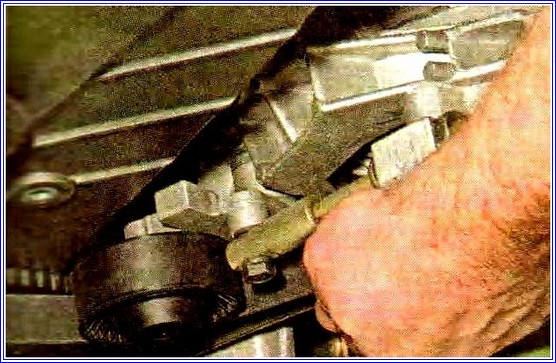 To check the tension of the alternator drive belt, press the lower branch of the belt up with your hand 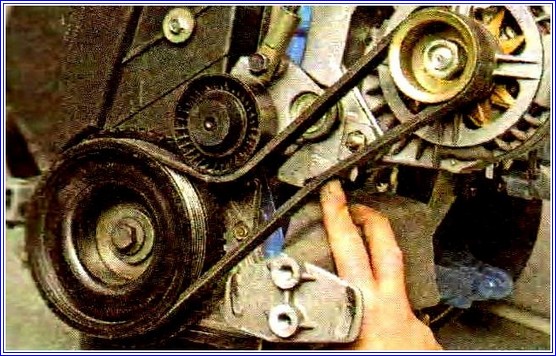 In the middle between the pulleys of the generator and the crankshaft. 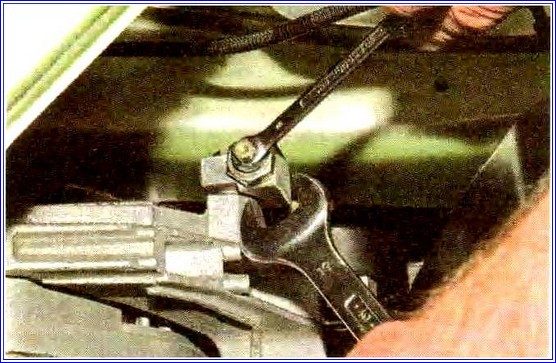 To tension the belt, we put an 8 spanner wrench on the hexagon of the adjusting stud of the tensioner and, holding the stud with a 19 wrench, loosen its lock nut 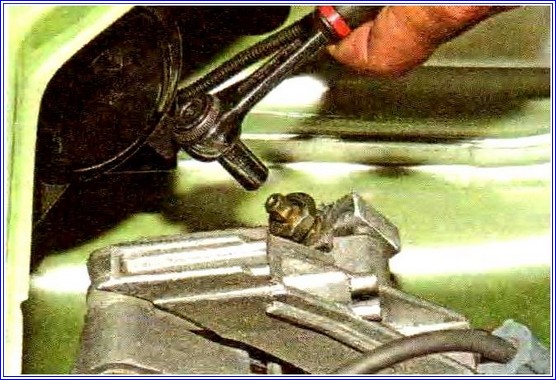 In this case, the tension roller will press harder on the upper branch of the belt, pulling it.

Having tightened the belt, tighten the stud locknut.

To replace the alternator drive belt, loosen the locknut of the adjusting pin of the tensioner and rotate the pin clockwise. 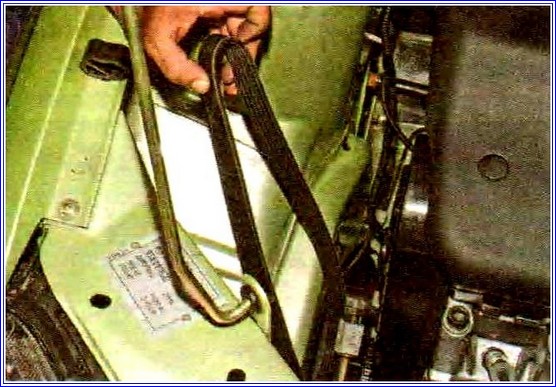 Marking of the alternator drive belt 6K 882 (the belt profile has six wedge protrusions, the circumference is 882 mm).

Install the new belt in the reverse order and adjust its tension. When replacing the belt, you need to pay attention to the condition of the tension roller.

Replacing the tensioner pulley is described in the article "How to replace the alternator belt tensioner".