If traces of oil leakage through the crankshaft seals are found, first check if the crankcase ventilation system is clogged and if the hoses of this system are pinched, repair if necessary

If the oil leak does not stop, replace the oil seals.

A sign of the need to replace the front crankshaft oil seal is an oil leak through its edge.

Oil is sprayed by the rotating crankshaft pulley, resulting in the entire front of the engine and the timing belt being oiled.

Engine and transmission oils have a different smell, so with a certain skill, you can determine by smell which of the oil seals is defective.

There is another way to determine the type of oil. Drop oil into water poured into a vessel with a thin layer (possibly in a puddle).

To replace the front crankshaft oil seal, do the following.

Disconnect the wire from the negative terminal of the battery 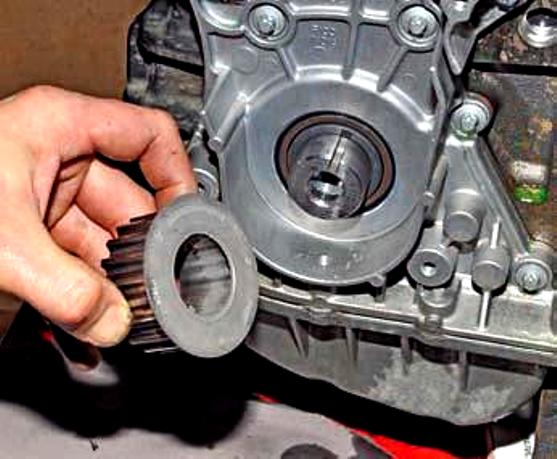 Using a screwdriver, remove the oil seal from the holder. 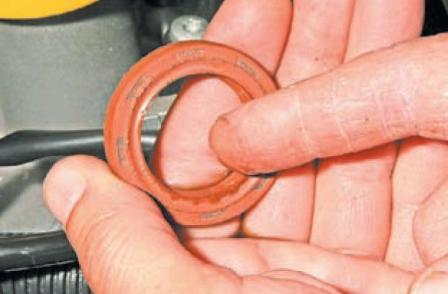 Lubricate the working lip of the new oil seal with engine oil, install it in the holder, orienting the working edge inside the engine, and press the oil seal into the holder until it stops using a mandrel. 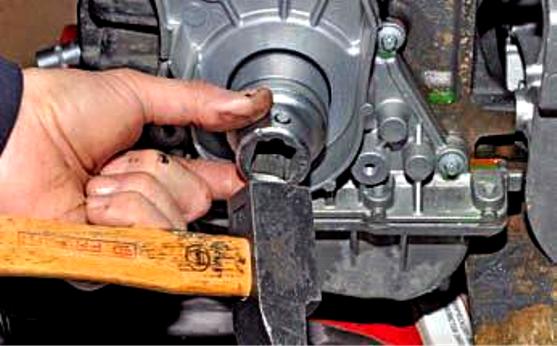 You can use a suitable size head from the tool kit or an old oil seal as a mandrel.

Install all removed parts and assemblies of the gas distribution mechanism in the reverse order of removal.

Adjust the tension of the timing belt and accessory drive belt

To replace the crankshaft rear oil seal, follow these steps.

Inspect the gland. If it has lost its tightness, an oil leak will be visible in its lower part. 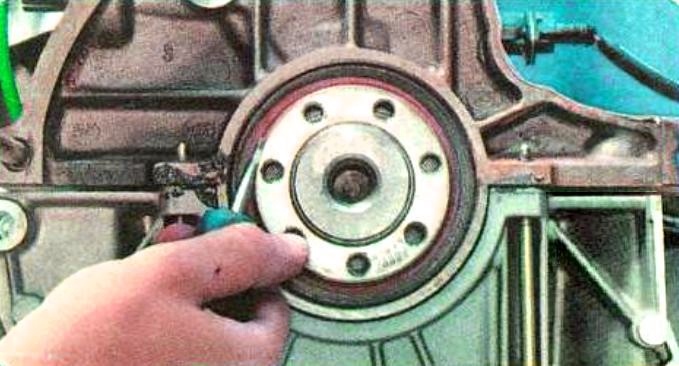 Pry off the oil seal with a screwdriver. 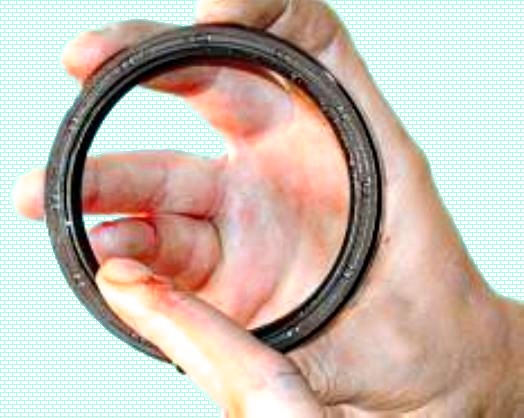 Lubricate the lip of the new oil seal with engine oil... 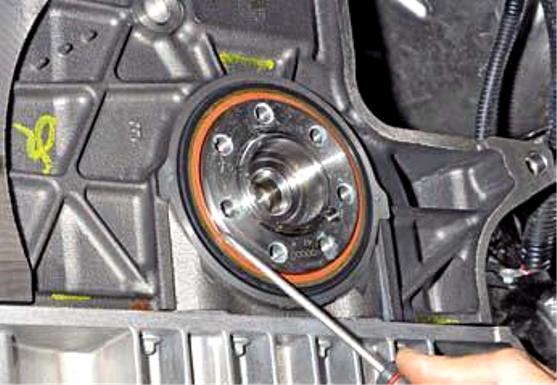 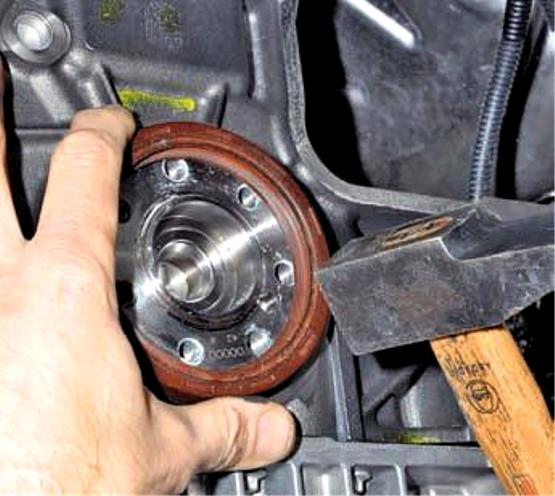 Press the oil seal into the seat until it stops using a mandrel of a suitable diameter.

You can use an old oil seal as a mandrel.

Install the removed units in the reverse order of removal.

Be sure to replace the flywheel mounting bolts with new ones. Reusing them is not allowed

When installing the flywheel, lubricate the threaded portion of the flywheel mounting bolts with Loctite Frenetanch threadlocker or similar.