Put the car on a two-post lift

Disconnect the wires from the battery terminals, starting with the negative terminal. 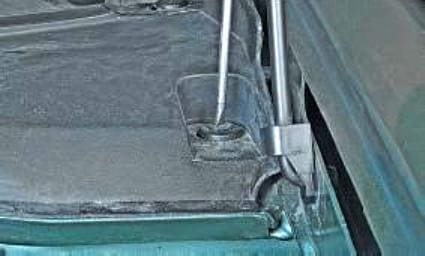 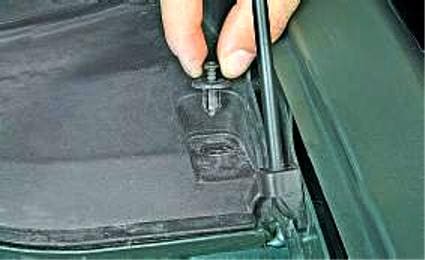 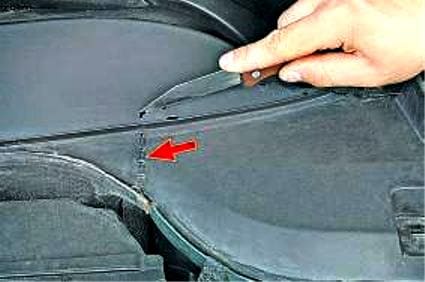 Cut along the tear-off line and open the lid 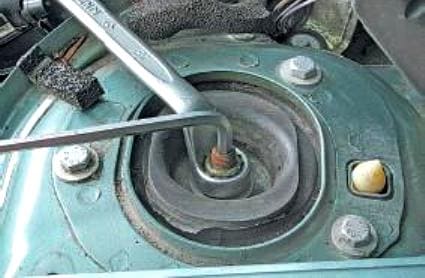 Loosen the nut securing the damper rod to the upper mount 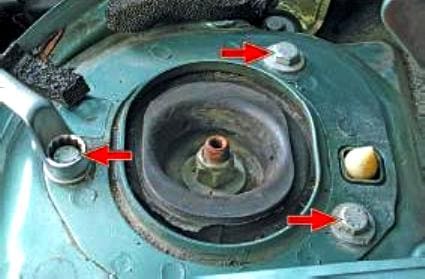 Raise the front of the car, place it on secure stops and remove the wheel 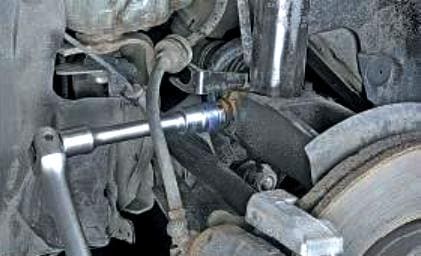 Unscrew the bolt securing the steering knuckle to the shock strut 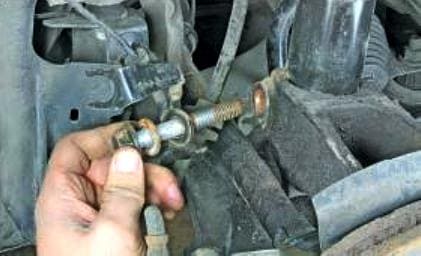 Remove the bolt together with the brake hose holder 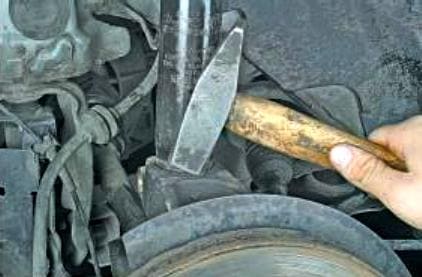 If there is no special device, then, while holding the shock absorber, we knock the steering knuckle off it with hammer blows 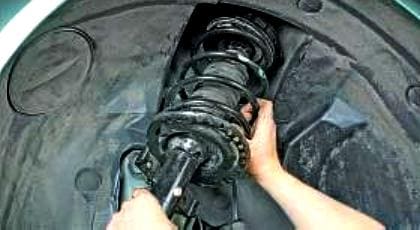 Install the parts in reverse order. We tighten the nut of the upper mount of the rack on the car standing on the ground.

Details of the shock strut are shown in Figure 1.

Remove the shock strut as shown above. 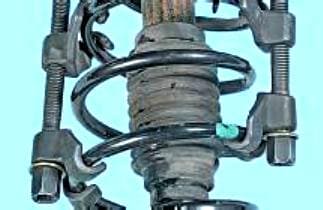 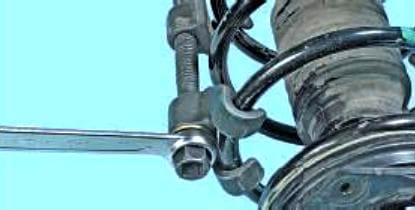 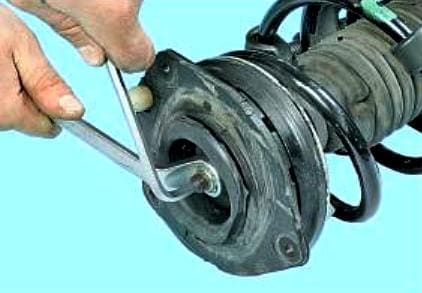 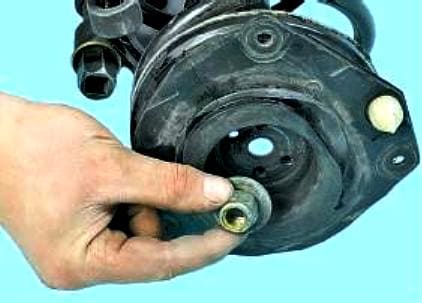 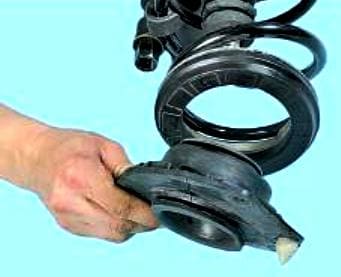 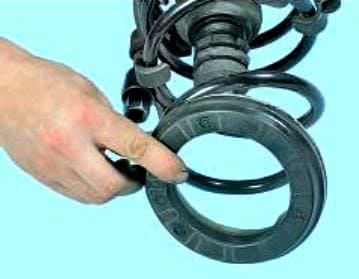 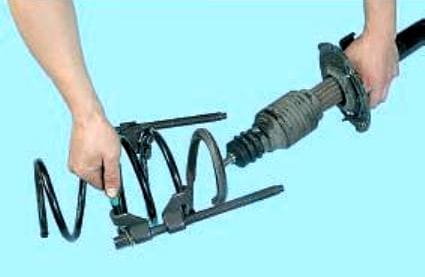 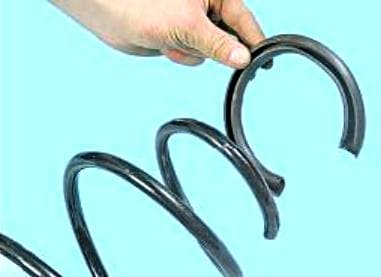 Remove the rubber gasket from the spring 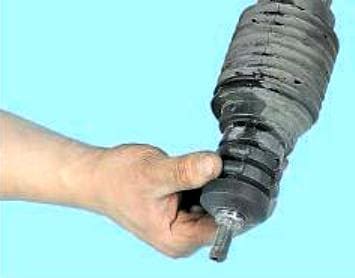 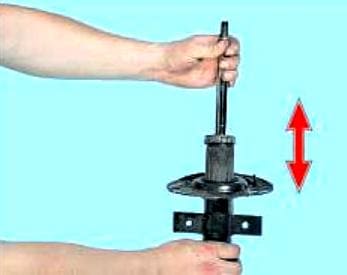 Thus, we make sure that the rod moves without dips, jams and knocks. Otherwise, replace it.

Tighten the shock strut nut with the vehicle on the ground.

Clamp the spring tool in a vise.

The rest of the components are installed in the reverse order of removal.

Reattach the wheel speed sensor wires if they have been disconnected from the holder. Do not twist the brake hose.