Otherwise, the actuator needs to be adjusted 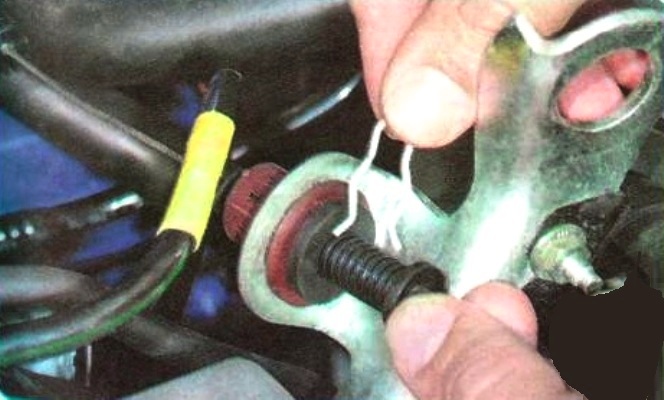 Remove the spring retainer from the slot of the cable tip and move the tip forward in the hole of the rubber damper until the damper closes completely.

Fix the end of the cable in its new position by inserting the clip into its corresponding slot. 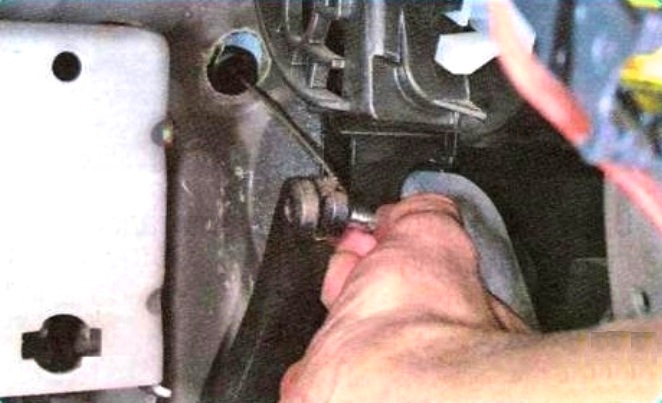 Disconnect the throttle cable from the accelerator pedal. 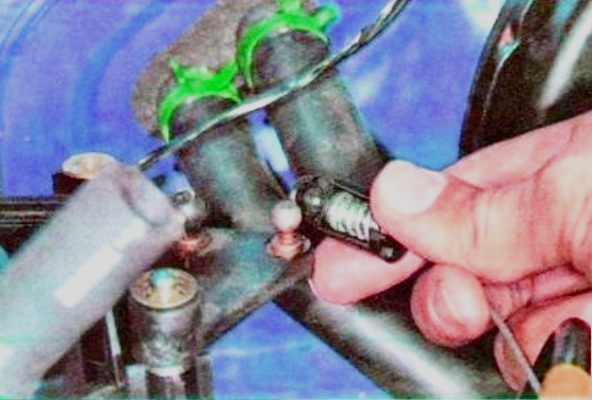 Disconnect the end of the cable from the intermediate lever. 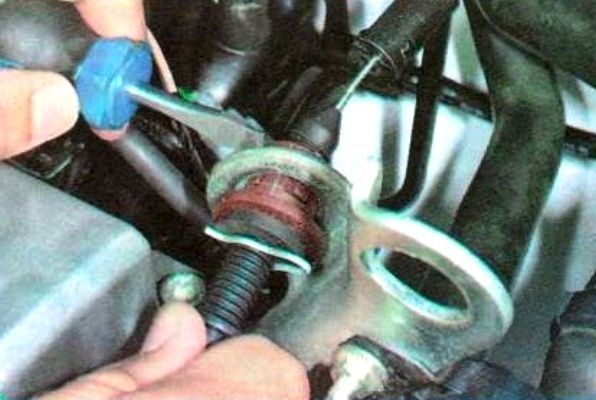 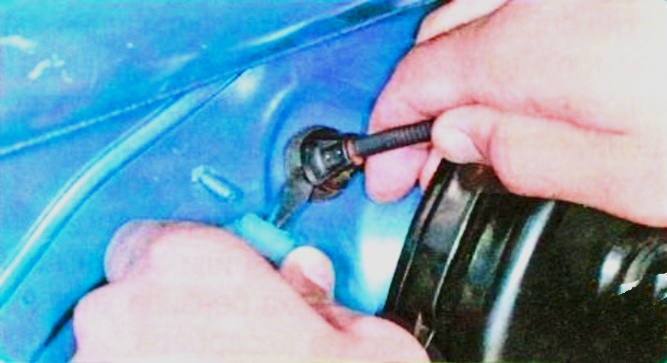 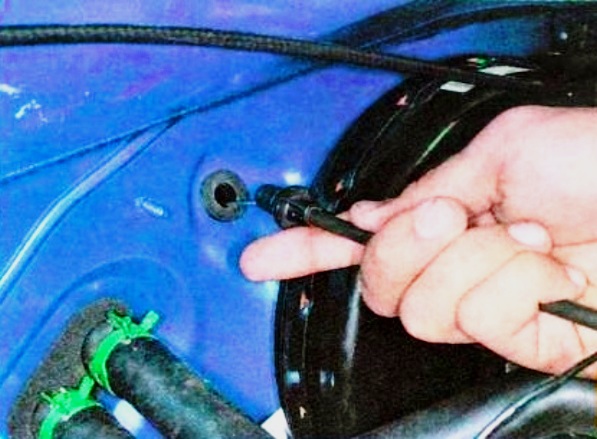 Install the new cable in the reverse order of removal.