With a certain skill, silent blocks can be replaced directly on the car by unscrewing the bolts securing the beam brackets to the body, and then removing the mounting brackets from the beam, but it is more convenient to do this work on the removed rear suspension beam

It is most convenient to replace silent blocks with a special device (puller), but you can do the work with improvised means.

You will need a silent block remover or mandrel. 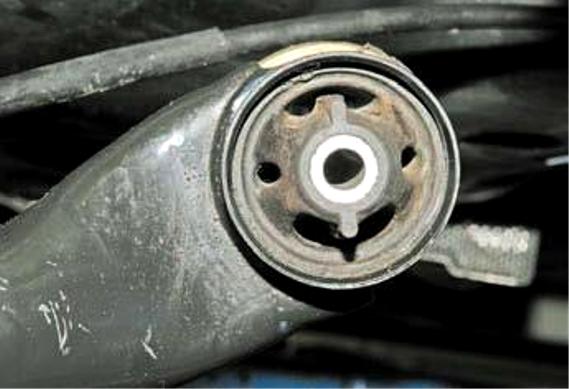 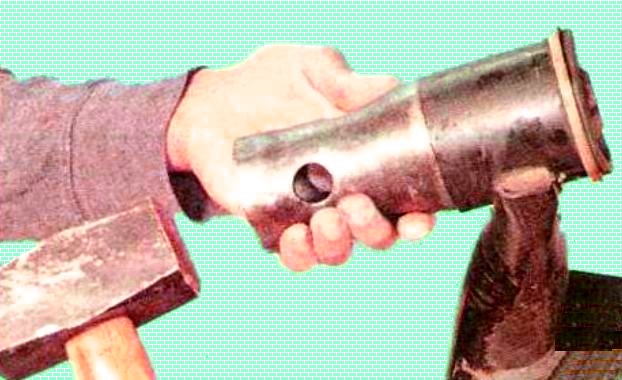 Place the beam in a vise and press out the silent block with a mandrel of a suitable diameter or a puller. 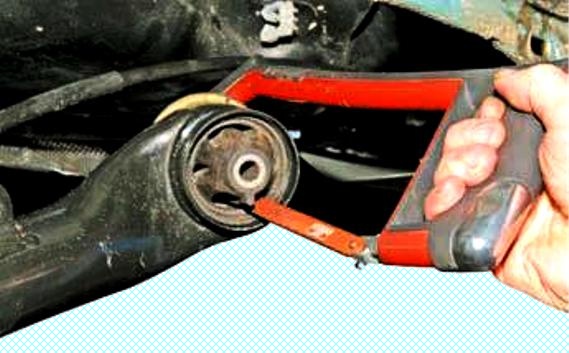 If it is not possible to press out the silent block, cut it with a hacksaw.

The fit of the sawn silent block in the lever eye is significantly weakened.

Remove the bushing from the beam lug. 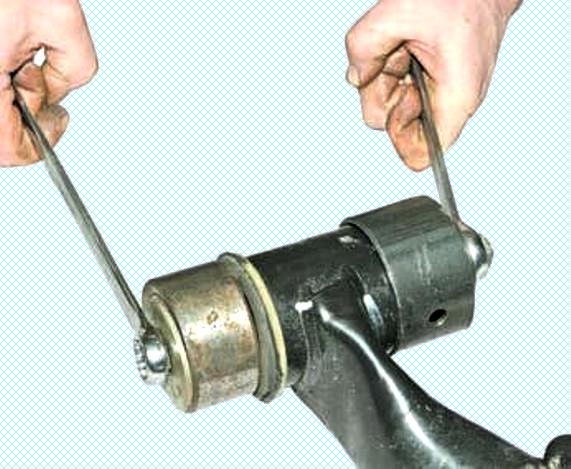 Clean the eye from rust and scale, press in a new silent block, orienting it in the same way as the old one was installed, and press it in with a mandrel.

Replace the second silent block in the same way.

Install the rear suspension beam on the vehicle.

Finally tighten the beam-to-bracket bolts with the vehicle on the ground.