Remove the engine assembly with the gearbox, lowering it down from the engine compartment

This requires a lift. to raise the front of the car higher.

In a garage setting where a lift is not available, a jack is required, as well as supports that are strong and high enough to place the raised front of the car on them, which will make it possible to remove the engine from under it, lowered to the garage floor.

For convenience, remove the hood.

Disconnect the wires from the battery and remove it from the vehicle. 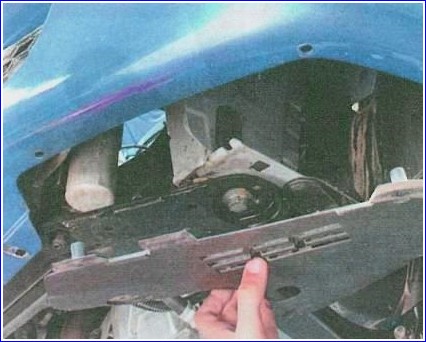 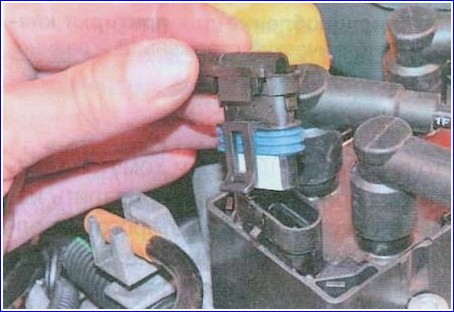 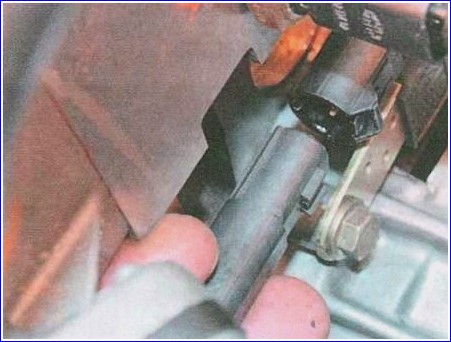 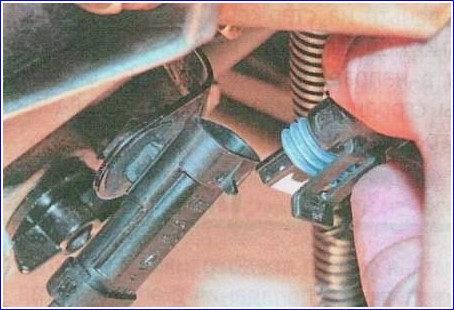 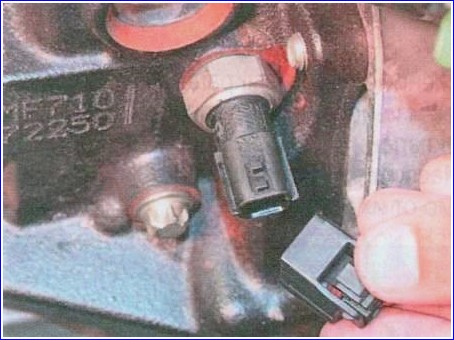 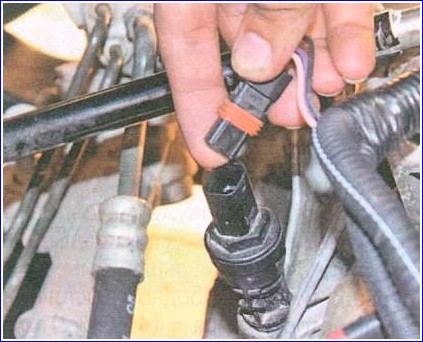 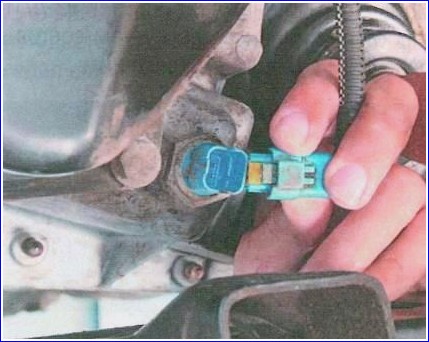 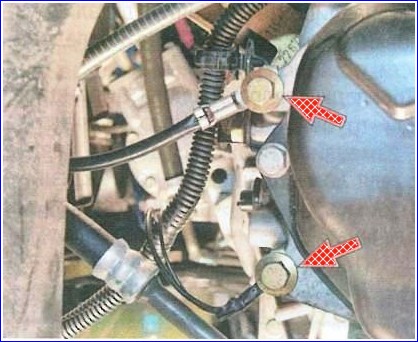 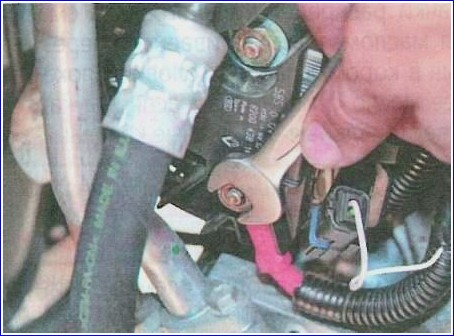 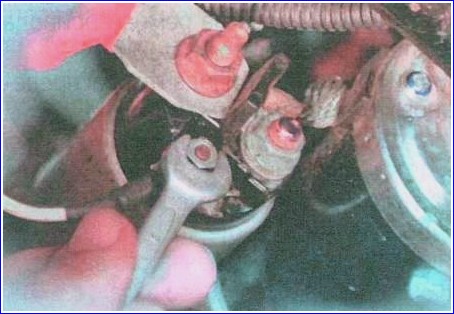 Bring out the mot the main harness from the holders on the engine (see "Replacing the cylinder head gasket") and move it to the side. 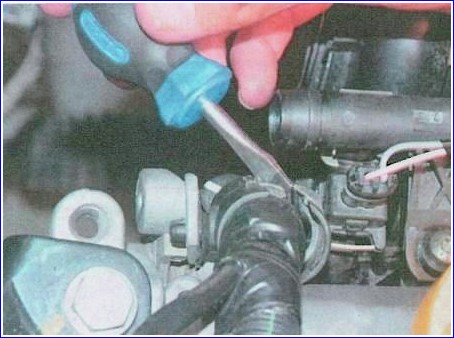 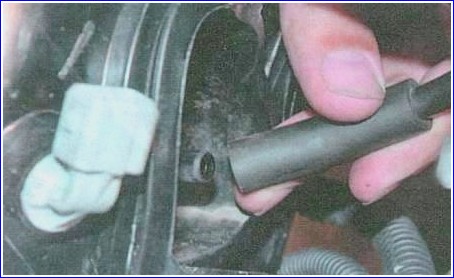 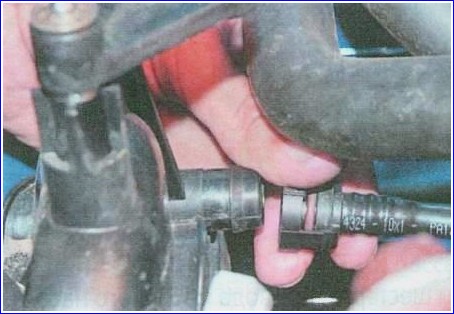 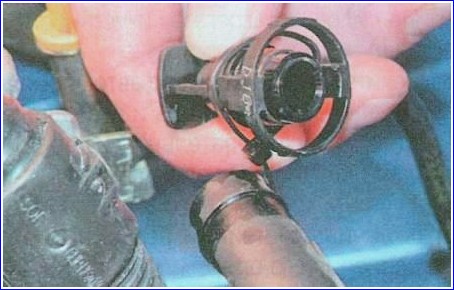 Disconnect the fuel hose from the fuel rail. 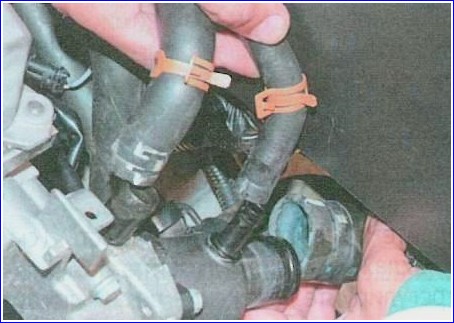 Disconnect the hoses from the thermostat pipes, cylinder head and water distribution pipe. 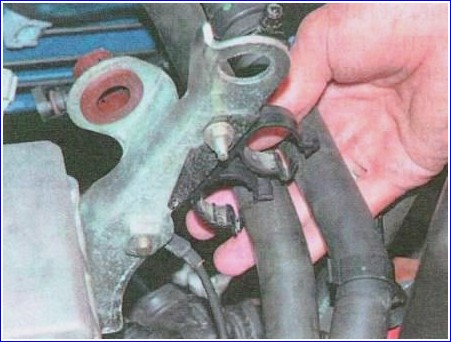 Remove the heater hoses from the holders on the bracket and lay them aside. 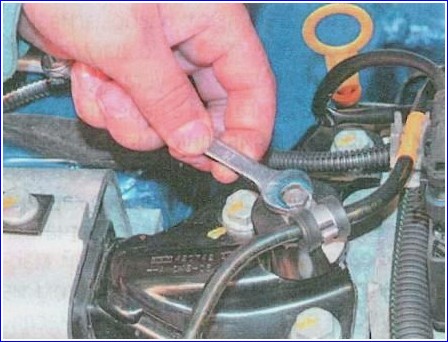 Remove the bolt holding the canister purge hose holder and move the hose to the side. 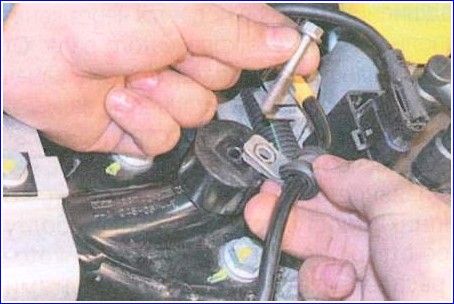 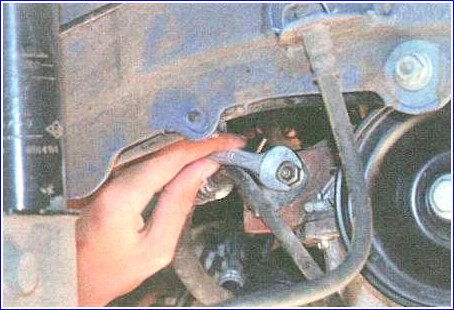 Remove the bolt securing the power steering pipe holder to the engine. 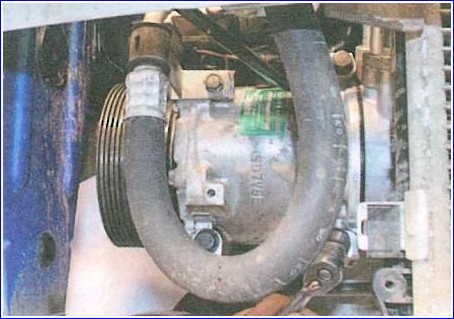 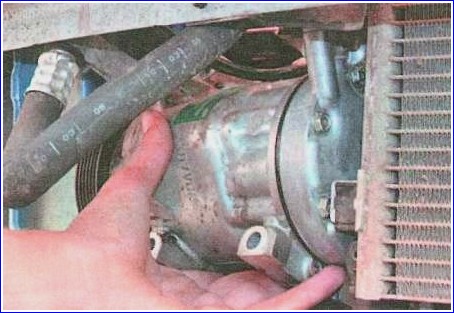 Remove the bolts securing the air conditioning compressor to the bracket and, without disconnecting the pipelines from it, take it aside and secure it in any way possible (for example, by tying it with wire). 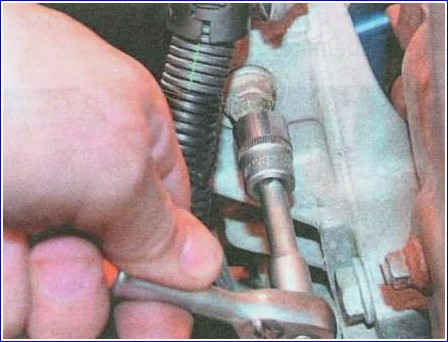 Similarly, disconnect the power steering pump from the engine. 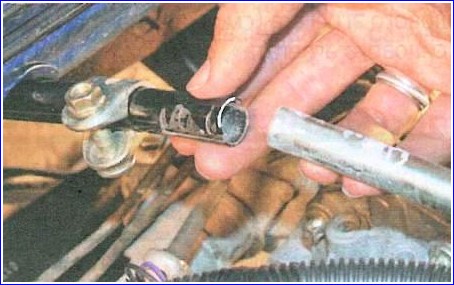 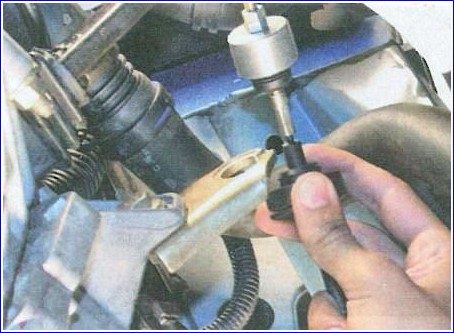 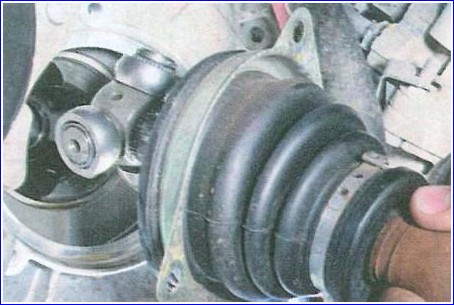 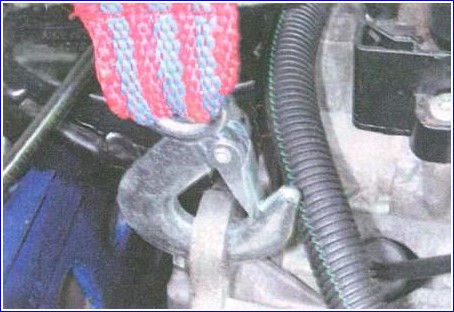 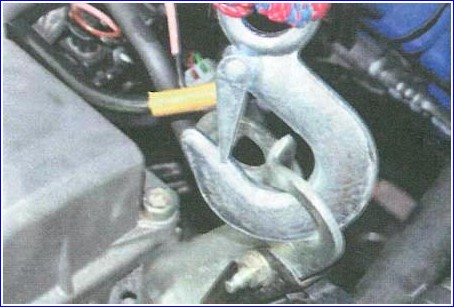 Check again that all wires, hoses and attachments are disconnected from the engine.

Lower the engine down to the floor.

Hang up the front of the car (raise the car on a lift) to a height sufficient to remove the power unit from under the car, and place reliable supports under the body.

Remove the engine from under the car,

Install the engine and all removed components and parts in the reverse order of removal, taking into account the following:

After installing the motor, do the following:

Fill the gearbox with oil.

Start the engine and check for fuel, oil and coolant leaks.

Listen to the engine, it should run smoothly, without extraneous noise and knocks.