The electrical equipment of the car is made according to a single-wire circuit: the negative terminals of the sources and consumers of electricity are connected to the "ground", which acts as a second wire. In turn, the role of the "mass" is performed by the body of the car.

A feature of the electrical circuit is the connection of a number of elements (window washers, interior lights, door locks, etc.) through the electronic control unit for the interior electrical equipment and anti-theft alarm.

The electronic unit allows you to delay turning on and off electrical appliances, change the duration of the pause in their work, depending on the selected control algorithm. 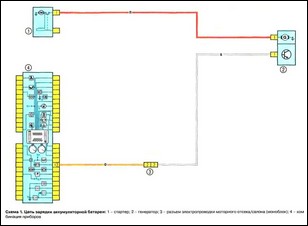 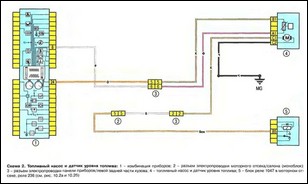 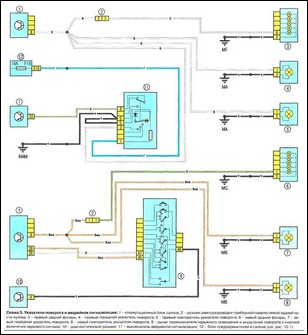 A typical electrical circuit may include a main electrical element, various switches, relays, electric motors, fuses, fuses or circuit breakers related to this element, wiring and connectors used to connect the main element to the battery and ground » body.

Before you begin troubleshooting any electrical circuit, carefully study the relevant diagram to understand its function as clearly as possible.

The circle of troubleshooting is usually narrowed by gradually identifying and eliminating normally functioning elements of the same circuit.

If several elements or circuits fail at the same time, the most likely cause of the failure is a blown fuse or a broken contact with the ground (different circuits in many cases can be closed to one fuse or ground terminal).

Electrical equipment failures are often due to the simplest causes, such as corrosion of connector contacts, fuse failure, fuse blown, or relay damage.

Visually check the condition of all fuses, wiring, and circuit connectors before proceeding to a more detailed check of the health of its components.

When using diagnostic tools for troubleshooting, carefully plan (in accordance with the attached electrical diagrams) where and in what sequence the device should be connected in the circuit for the most effective troubleshooting.

In addition, you should always have a set of wires in the car for starting the engine from an external source (the battery of another car), equipped with crocodile clips and preferably an electrical circuit breaker.

They can be used for shunting and connecting various elements of electrical equipment when diagnosing a circuit. As already mentioned, before proceeding to check the circuit using diagnostic equipment, determine the connection points from the diagrams. 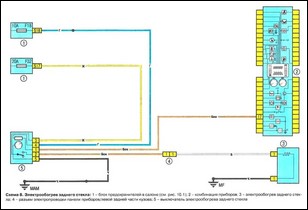 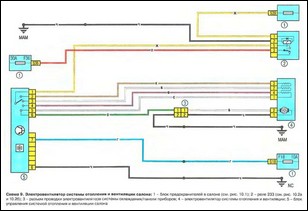 Scheme 10. Electric fan of the interior heating and ventilation system 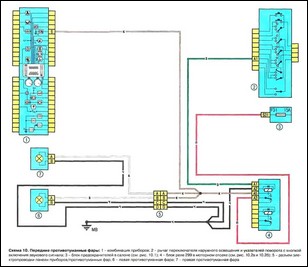 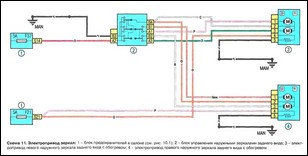 Checks for the presence of supply voltage are carried out in case of an electrical circuit failure.

Connect one of the circuit tester wires to the negative battery terminal or make good contact with the vehicle body.

Connect the other tester lead to the terminal of the circuit being tested, preferably the one closest to the battery or fuse.

In the same way, explore the rest of the chain. Detection of a supply voltage failure indicates a fault between this point in the circuit and the last one tested earlier (where the supply voltage was).

In most cases, the cause of failure is loosening of the connectors and damage to the contacts themselves (oxidation).

Searching for a short circuit

One of the methods for finding a short circuit is to remove the fuse and connect a probe lamp or voltmeter instead. There should be no voltage in the circuit.

Pull the wiring while watching the probe lamp. If the lamp starts flashing, there is a short to ground somewhere in this wiring harness, possibly caused by chafing of the wire insulation.

A similar test can be carried out for each of the components of the electrical circuit by turning on the appropriate switches. 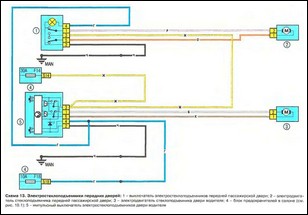 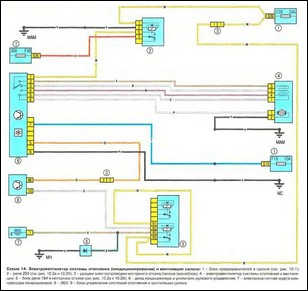 Disconnect the battery and connect one of the wires of the probe lamp with an independent power source to a point with known good contact with ground.

Connect the other lamp wire to the wire harness or connector pin you are testing.

If the lamp lights up, ground contact is OK (and vice versa).

An continuity test is performed to detect open circuits.

After disconnecting power to the circuit, test it with a self-powered test lamp.

Connect the probe leads to both ends of the circuit. If the control lamp lights up, there is no open circuit.

If the lamp does not light up, then this indicates an open circuit in the circuit.

Similarly, you can check the health of the switch by connecting the probe to its contacts.

When the switch is turned to the "ON" position, the probe lamp should light up.

When diagnosing a section of an electrical circuit that is suspected of being open, visually detecting the cause of the malfunction turns out to be quite difficult, since it can be difficult to visually check the terminals for corrosion or a deterioration in the quality of their contacts due to limited access to them (usually the terminals are covered by the contact connector housing) .

Keep this in mind when trying to isolate the cause of a circuit failure that is suspected to be open.

Unstable failures may be due to oxidation of the terminals or poor quality of the contacts. 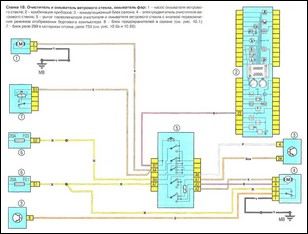 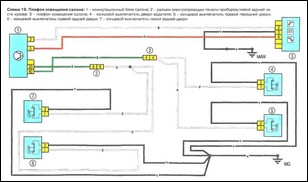 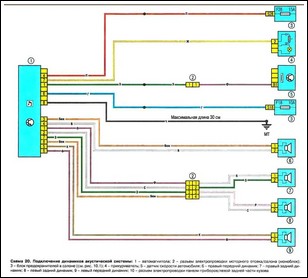 Scheme 21. Connecting the speakers of the acoustic system.