Megane II vehicles are equipped with internally ventilated alternators with built-in voltage regulator and warning light that comes on and off when the ignition is turned on:

If the warning light comes on while the engine is running, it means there is a “charging circuit” fault

The rotor shaft rotates in bearings that are installed in covers 2 and 6.

Power to the rotor winding (field winding) is supplied through brushes and slip rings.

The three-phase alternating current induced in the stator winding is converted into direct current by a rectifier unit attached to the back cover 2.

The voltage to excite the generator when the ignition is turned on is supplied to the output of the voltage regulator.

The operation of the generator is monitored by a battery discharge indicator located in the instrument cluster.

When the ignition is turned on, the indicator should be on, after starting the engine it should go out if the generator is working.

The bright burning of the signaling device or its glow half-heartedly indicates malfunctions.

The accessory drive belt is tensioned by an automatic tensioner.

When the ignition is turned on, the battery discharge indicator does not light

The generator does not provide battery charge

The battery is being recharged (begins to boil)

Increased voltage drop in the generator-battery circuit - Check, clean, tighten or replace the contact connections in the ignition switch, fuse and relay mounting blocks, connectors, check the connection of the generator housing to ground.

Removing and installing the generator 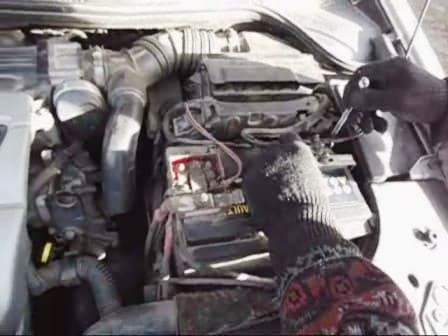 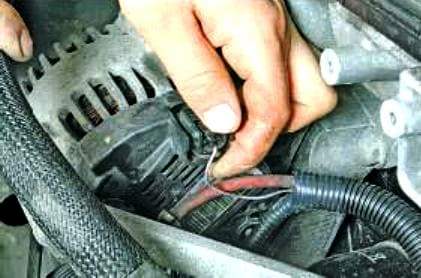 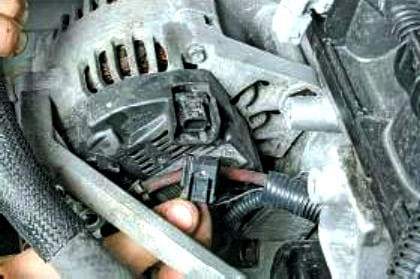 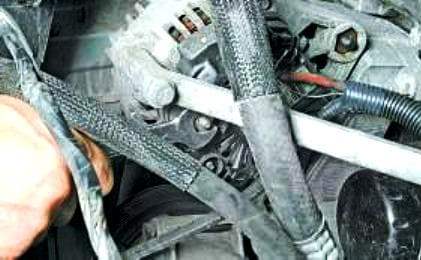 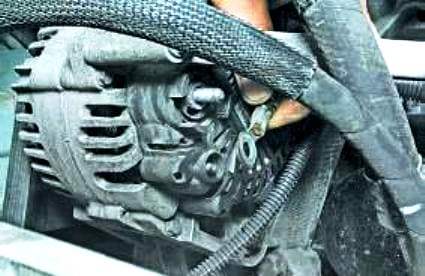 Remove the wire end from the generator stud 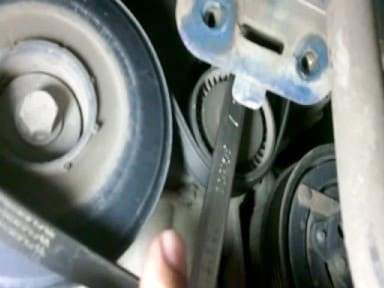 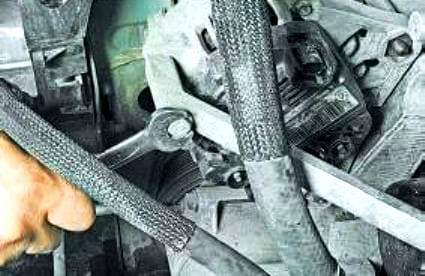 Unscrew and remove the bolt securing the bracket to the generator 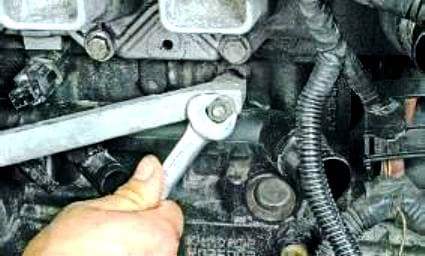 Unscrew the nut that secures the bracket to the cylinder block 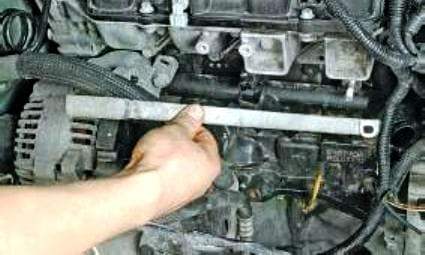 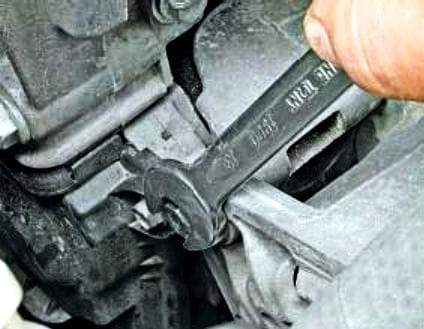 We unscrew the upper bolt of the generator. 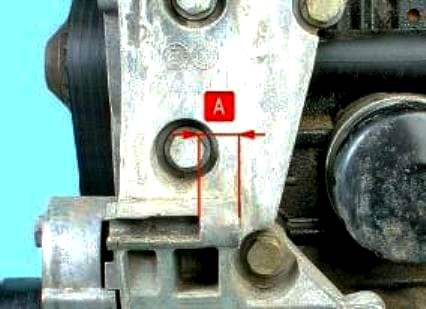 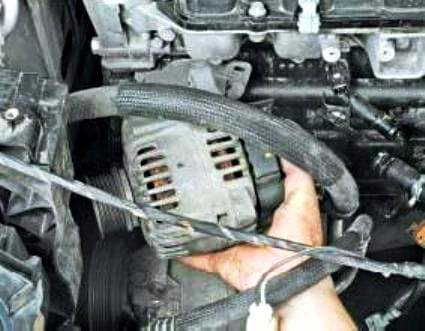 Install the generator in reverse order.

Tighten the alternator mounting bolts to the required torque (25 Nm)