Replacing the ignition lock of a Gazelle car

The ignition lock bracket is fixed to the steering column with two bolts, the heads of which are cut off at a certain tightening torque

Using a slotted screwdriver, we unscrew the two screws that tighten the steering column covers. 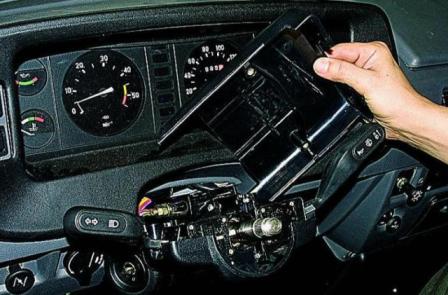 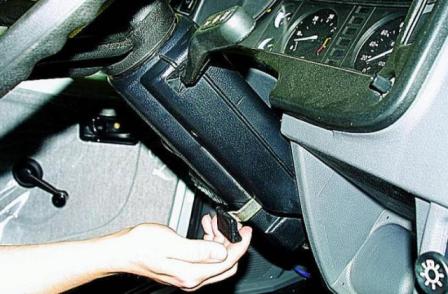 We move the steering column to its highest position.

Reject the upper edge of the casing towards us until its lock comes out of the column slot. 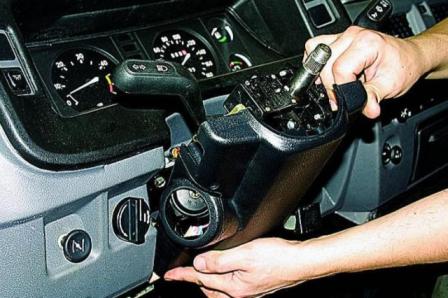 Remove the casing by moving it up. 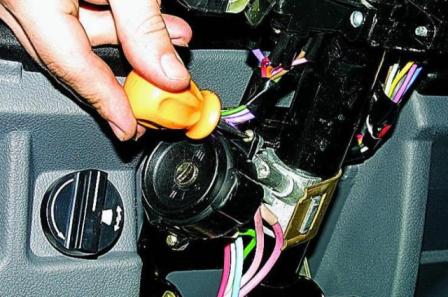 Using a slotted screwdriver, unscrew the two screws securing the contact part of the ignition switch 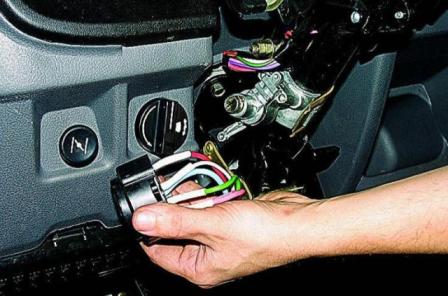 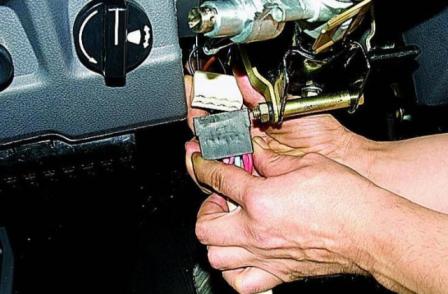 We connect the new switch to the connector, put it in place, aligning the groove in the hole with the protrusion on the lock, and fix it with screws

If the car has an ignition lock of a different type, then we change the contact group in the following order 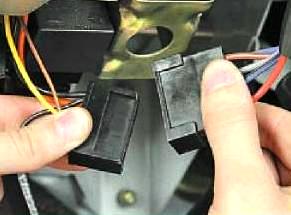 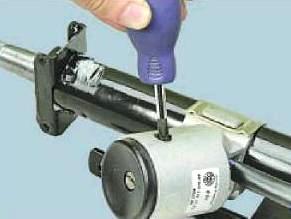 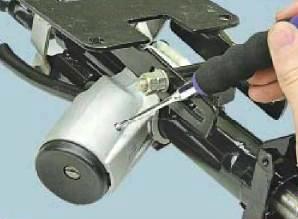 On top of the switch, use a thin screwdriver to sink the pin into the bracket body 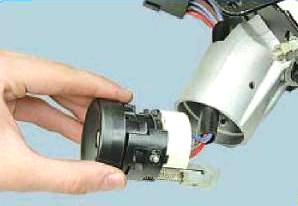 Remove the switch from the bracket 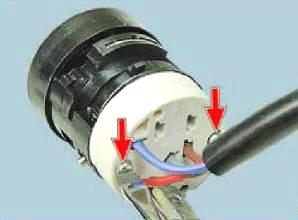 Unscrew the two screws securing the contact group to the switch 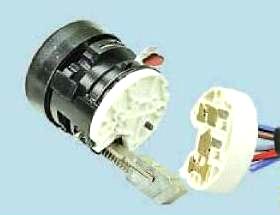 If the new contact group does not have a wiring harness, solder the wires from the terminals, having previously marked their position in any way.

It is necessary to mark it, because two wires are blue, and there are no pin designations on the block of the contact group 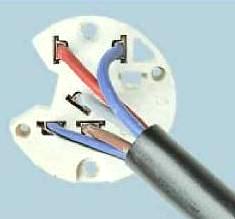 If their heads are not broken off, then turn them off with a key"on 10" 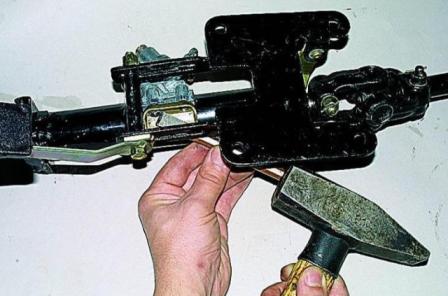 Otherwise, remove the contact part of the ignition switch so as not to split it during operation, loosen the bolts with a thin chisel 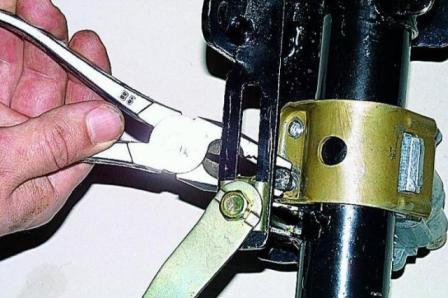 Unscrew the bolts with pliers 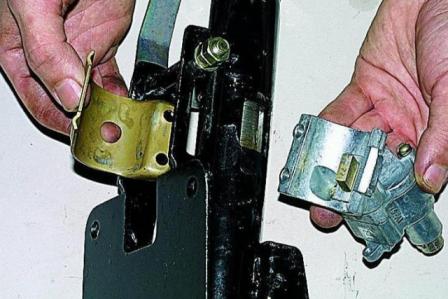 For subsequent assembly, we use new special bolts.

It will be possible to break off their hex heads as a theft protection.