How to replace the phase regulator of a 2.0l Renault Megan 2 engine

To improve the filling of cylinders with a fuel mixture in all modes, 2.0 liter engines. equipped with inlet camshaft dephaser

Shifting the closing timing of the intake valves optimizes the filling of the cylinders with the fuel mixture depending on the speed of the crankshaft.

The result is increased torque at medium loads and power at high engine speeds.

At a high engine speed, closing the intake valves later provides an additional portion of the fuel mixture due to the high speed of the mixture.

On the contrary, at a low speed, the inertia of the mixture is small.

Earlier closing of the exhaust valves is therefore desirable to avoid underfilling of the cylinders and loss of torque due to the displacement of some of the fresh mixture. 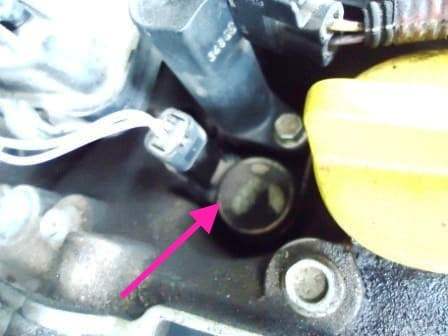 The higher the engine speed, the later the intake valves should close.

The phase control is either disabled or controlled by the injection computer through a solenoid valve mounted on the cylinder head cover (see fig. 2.).

Solenoid valve and high voltage coil are fixed with one bolt (fig. 3) 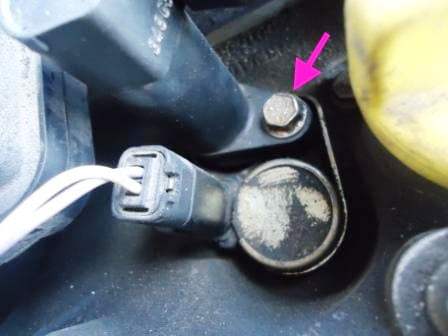 When the engine speed is between 1500-4300 rpm, the ECU supplies voltage to the solenoid valve.

After exceeding 4300 rpm, the power supply to the solenoid valve stops.

At the same time, the position of the phase regulator mechanism contributes to filling the cylinders at a high crankshaft speed.

In this position, the locking plunger blocks the mechanism.

Note. At a speed of up to 1500 rpm, the solenoid valve is not energized.

The mechanism is blocked by a plunger.

From the moment power is applied to the solenoid valve at a crankshaft speed of more than 1500 rpm, under the influence of oil pressure, the locking plunger moves away and releases the mechanism.

In the initial position, the solenoid valve (Fig. 2) is closed.

The valve opens the oil passage to control the phase regulator under the following conditions:

Note. When the solenoid valve is blocked in the open position, the engine idling is unstable, the pressure in the intake pipe is increased.

The engine may even stall (there have been cases of engine failure).

To replace the phase regulator, disconnect the negative battery terminal.

Remove the engine protection from below. 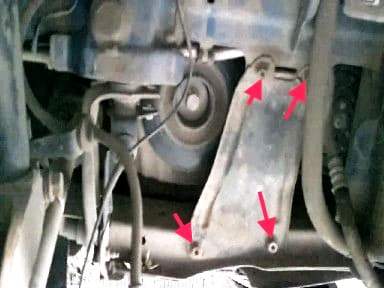 Using a 13 key, unscrew the nuts securing the amplifier and remove it 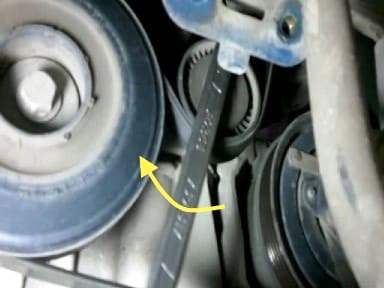 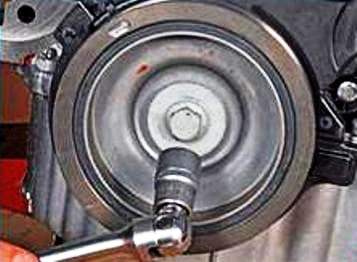 We unscrew the bolt securing the belt drive pulley of additional units.

To unscrew the bolt, block the crankshaft from turning.

In we switch to the highest gear in the manual transmission and the assistant presses the brake pedal. 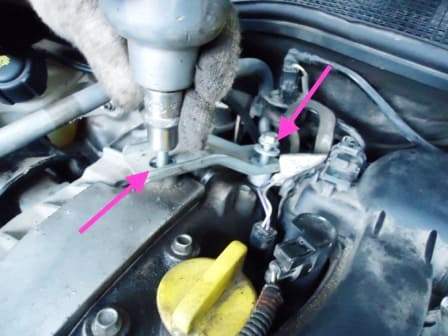 Jacking the engine through a soft spacer. 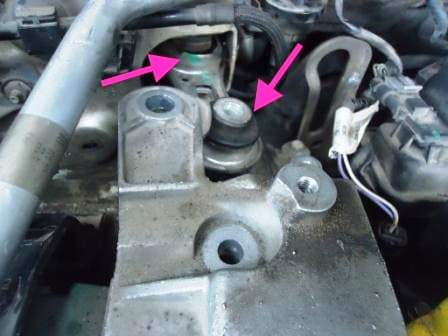 Unscrew the two bolts and remove the brace 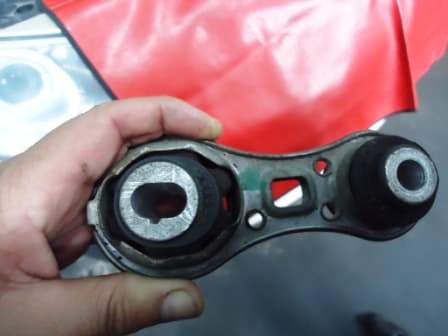 Manipulating with a jack or a lift, we remove the right rear support of the power unit 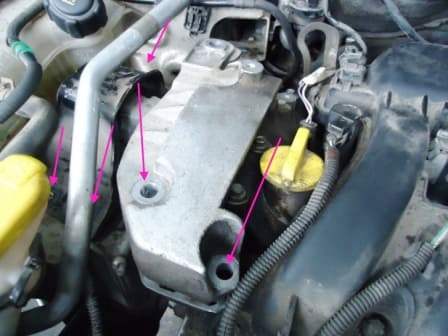 We unscrew the bolts of the right front support. 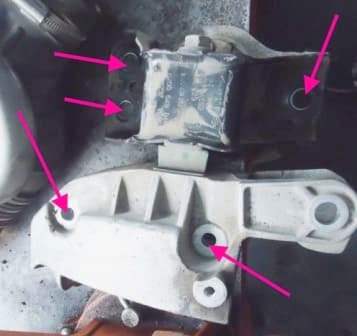 Raising and lowering the engine, remove the right front support, being careful not to damage the air conditioning tube 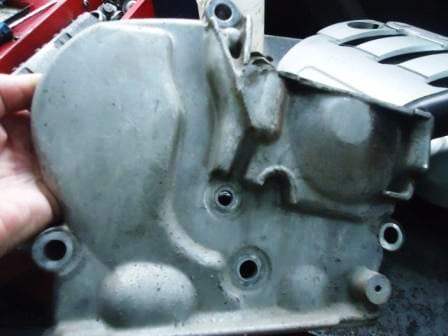 Unscrew and remove the upper timing cover through the technological holes 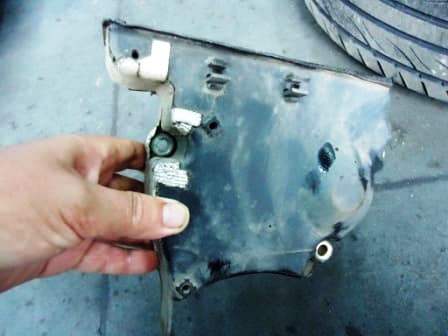 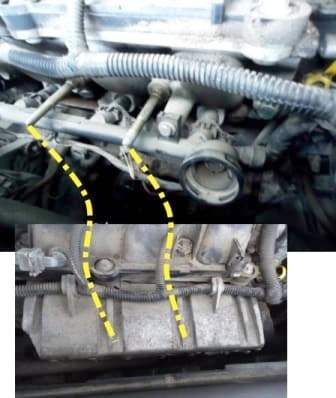 We unscrew the two nuts securing the heat sink cover from the cylinder head and remove it. (This is done for the top approach to insert the TDC retainer). 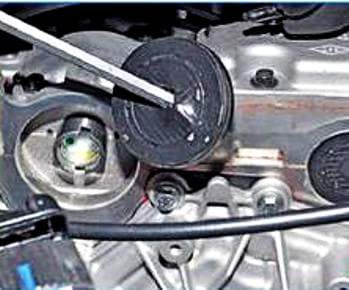 We pierce the technological plugs of the camshafts and remove them

In order not to disturb the valve timing, before removing the timing belt, it is necessary to set the crankshaft to the TDC position of the piston of the first cylinder.

To rotate the crankshaft, we screw in the bolt securing the alternator belt drive pulley by installing a bushing or a set of washers. 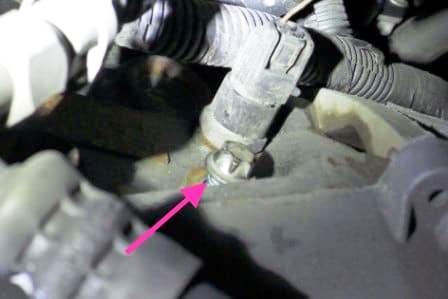 We unscrew the plug from the technological hole, designed to install the crankshaft retainer at TDC (Fig. 16).

The grooves (1) offset from the axis of the camshafts must be below the axis and must be located almost horizontally with a slight offset.

Insert the TDC lock so that it is between the hole on the balancer and the groove crankshaft lock.

In Figure 19, the installed crankshaft retainer

Together with an assistant, unscrew the cover and the phase regulator bolt for this: 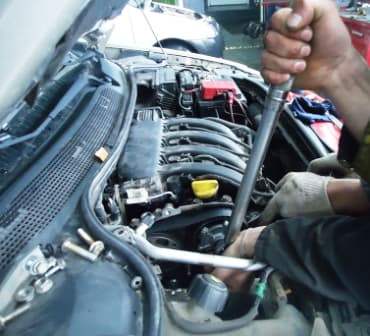 An assistant inserts a powerful slotted screwdriver between the slots of the phase regulator and thus fixes it from turning, 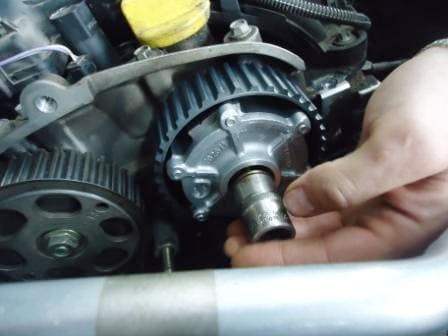 Loosen the tension roller and remove the roller 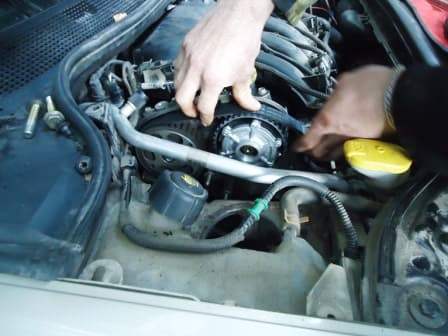 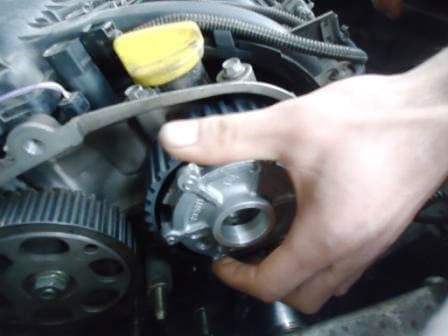 We take out the phase regulator.

Before installing the phase regulator, degrease the bolt and the end of the intake camshaft.

The place where the phase regulator is attached must be clean and free of grease.

The tightening torques of the main components when replacing the phase regulator: