Assignment of valves and filler neck

If the gasoline vapor recirculation circuit is blocked, this valve avoids the creation of excess pressure in the tank (tank swelling) or vacuum (due to fuel consumption, the tank is crushed).

This valve prevents the tip of a leaded gasoline or diesel filling nozzle from being inserted into the filler neck.

The working body of the overflow prevention valve is a ball.

When the car is stationary during refueling, the ball rests on the saddle, thereby blocking a certain amount of air in the tank.

When the car is moving, the ball moves away from the seat, opening a message between the tank and the adsorber.

There must be a certain amount of air in the tank filled with fuel.

This allows the fuel to expand without causing the tank to bulge.

The rollover prevention valve prevents the tank from emptying through the channel leading to the adsorber.

The filler neck for unleaded petrol has:

The use of leaded gasoline will damage the emission control system

It is more convenient to remove the empty fuel tank.

If, of course, there is a lot of fuel in the tank, then you need to pump it out through the fuel module installation hole.

Before removing the tank, relieve the pressure in the fuel line.

Disconnect the harness block and fuel lines from the fuel module. 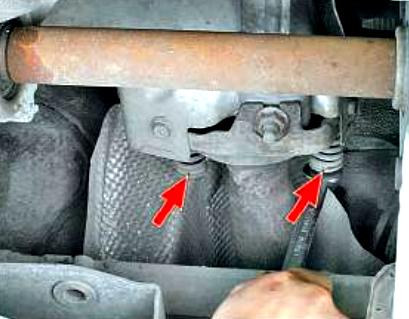 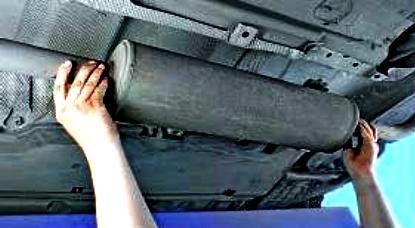 Disconnect from the pillows and remove the muffler assembly. 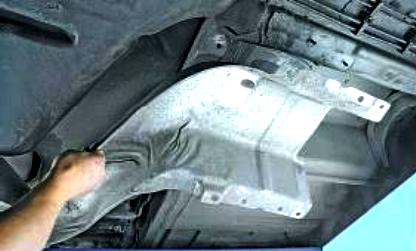 Remove the thermal screen of the pipe of the additional muffler 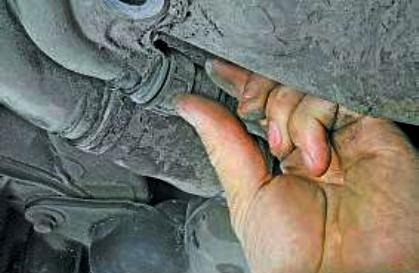 We press the retainer of the fuel tank breather hose 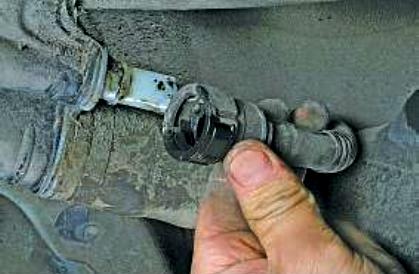 Disconnect the hose from the filling pipe 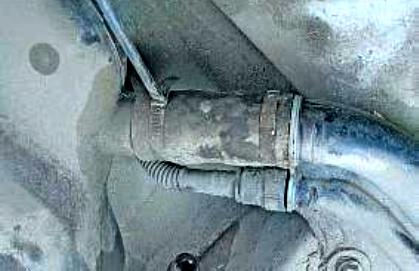 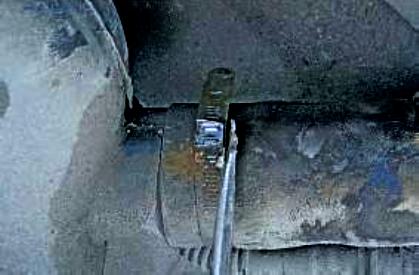 Bending the upper part of the clamp retainer 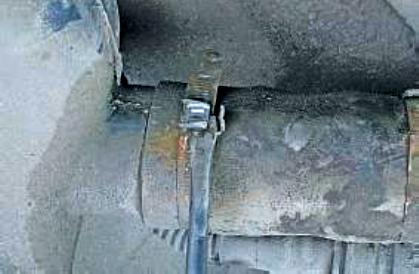 Bending the lower part of the clamp retainer 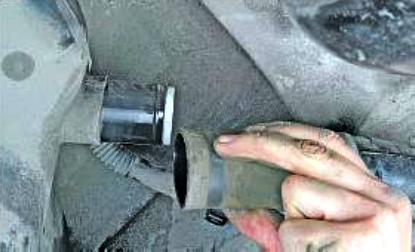 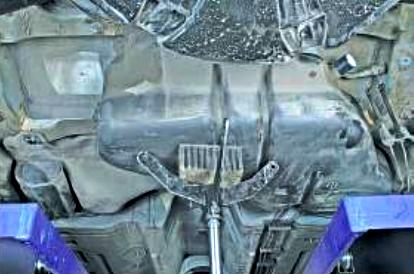 Install the support under the fuel tank 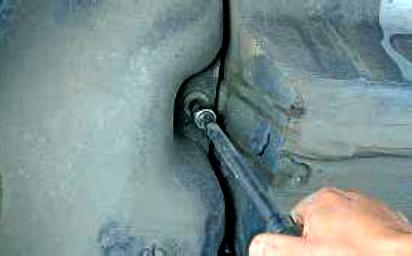 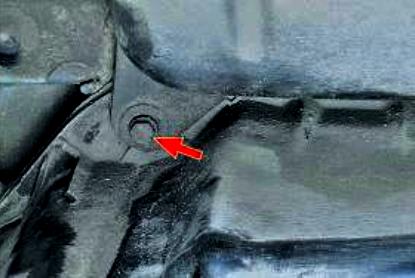 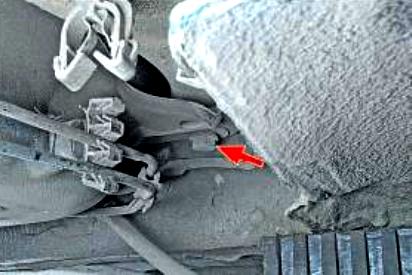 Unscrew the front bolt of the fuel tank

Be careful not to damage the brake pipes and parking brake cable when removing.

Make sure that the heat shield did not touch the fuel tank.

The fuel tank hose clamps must be replaced with new ones.

Installation is performed in the reverse order of removal.

Check that the fuel lines are secure.

Connect the wires to the battery terminals, starting with the positive terminal.