The system uses the method of vapor absorption by a carbon adsorber.

In the engine compartment, on the air supply pipe, there is an adsorber purge solenoid valve, which, by signals from the engine control unit, switches the system operation modes

Fuel vapors from the fuel tank are constantly discharged through the pipeline and accumulate in the adsorber filled with activated carbon (adsorbent).

When the engine is running, the adsorbent is regenerated (recovered) by blowing the adsorber with fresh air

Fuel vapors from the canister through the pipeline enter the engine intake pipe and burn in the cylinders.

If the evaporative emission system malfunctions, it is possible:

We prepare the car and disconnect the negative battery terminal 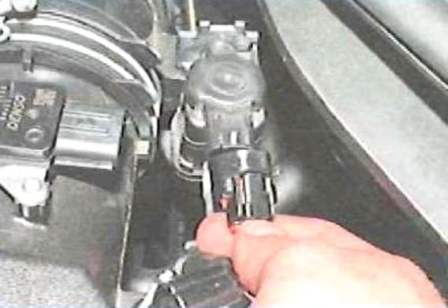 Disconnect the block of wires from the adsorber purge valve 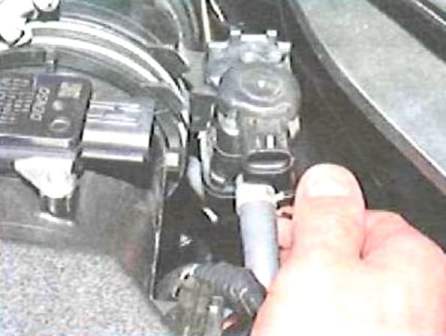 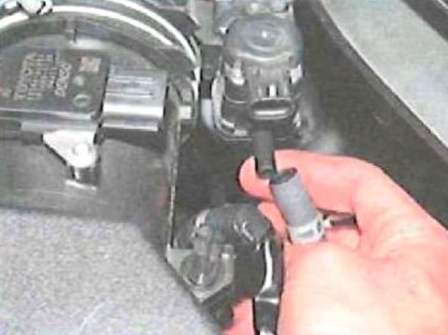 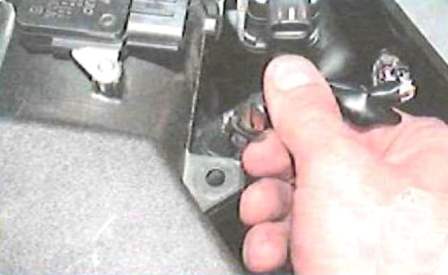 Disconnect the wire harness holder from the air filter cover 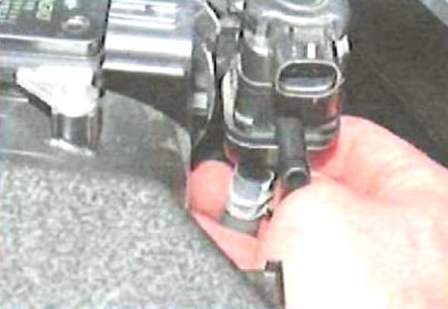 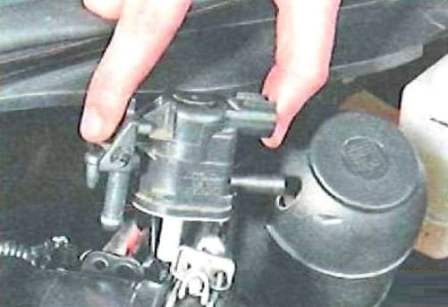 Install the valve in reverse order

Removing and installing the adsorber

We remove the adsorber to check or replace it if a persistent smell of gasoline appears, caused by leakage of the adsorber.

Remove the fuel tank, as indicated in the previous article 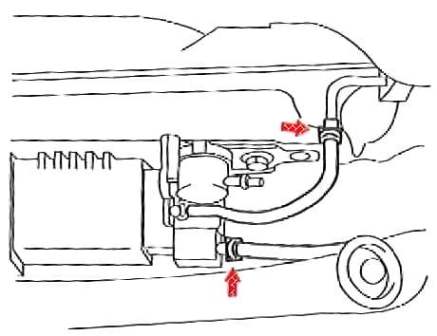 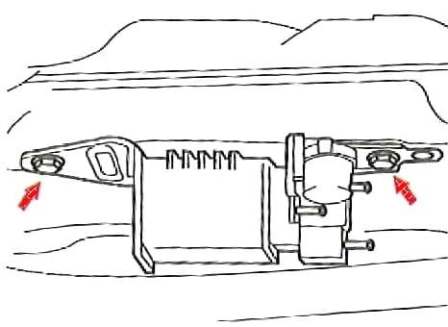 We unscrew the two mounting bolts and remove the adsorber