Checking and replacing the windshield wiper of a Gazelle car

When the windshield wiper is turned off, the wiper blades are automatically laid along the lower front lining.

Clean the collector, replace the brushes if necessary, lubricate the bearings with engine oil.

If the winding in the motor is burnt, replace the motor

Connect a test lamp instead of a fuse and, by disconnecting sections of the circuit, starting from the wiper, find a short circuit and eliminate it

With the wiper removed, remove the crank from the gearbox axle and check the lever system for jamming by hand.

Lubricate all joints and axles with engine oil

- Wear of the worm gear of the gearbox (you can hear the operation of the electric motor, but the brushes do not move)

Check with a test lamp, replace the fuse if necessary

- Pollution or oxidation of the collector

Disassemble the motor, clean the manifold

- Malfunctions in the windings (see "Wiper does not work")

The motor is running, but the brushes are stationary:

During the operation of the windshield wiper, the brushes hit the body parts or after turning off the brushes stop too high:

Change the setting of the brush arms

Wiper works at one speed:

- Hanging brushes in the electric motor

Disassemble the motor, check the condition of the brushes, replace the motor if necessary

Removing and disassembling the wiper 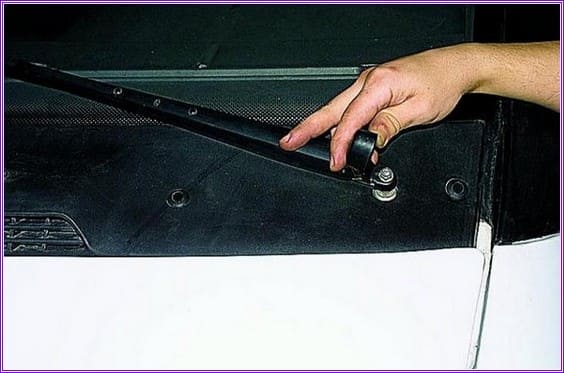 Pull up the protective cap of the lever. 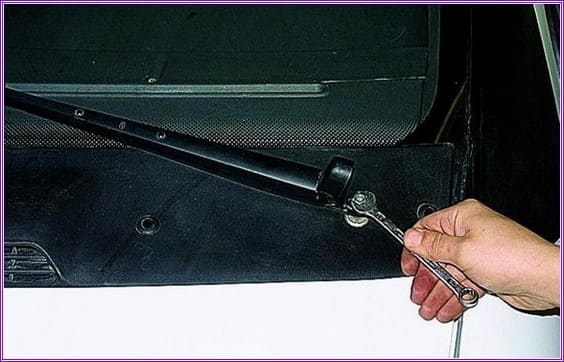 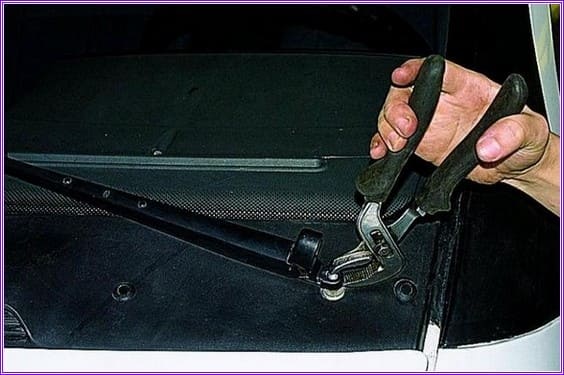 Using sliding pliers we pull the lever off the slots. 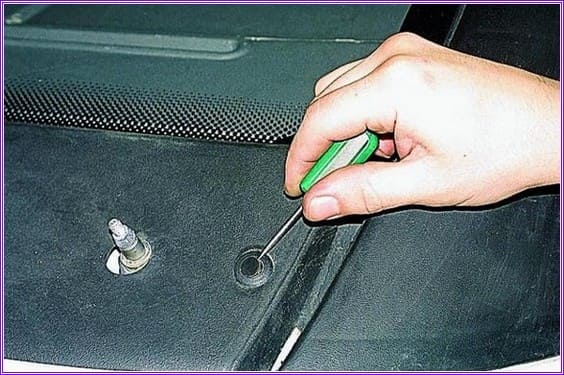 Prying with a thin screwdriver, we take out six plugs of the bushings of the front panel lining 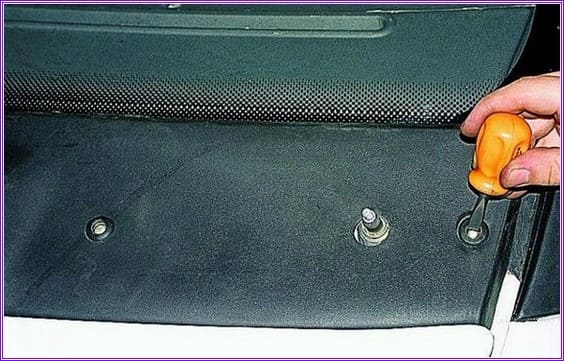 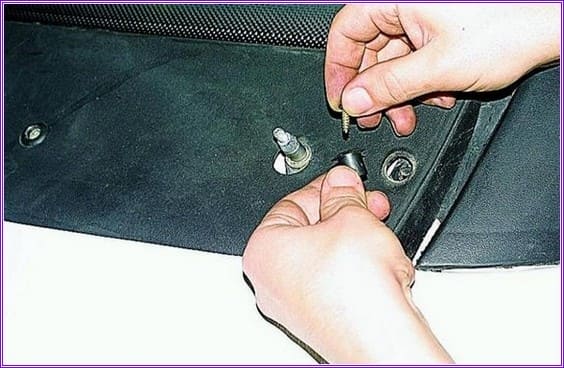 We take out the screws along with the plastic bushings. 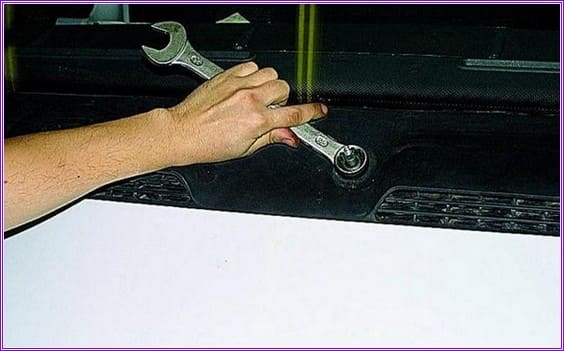 Using the “24” wrench, we unscrew the nut for fastening the lining of the outer panel. 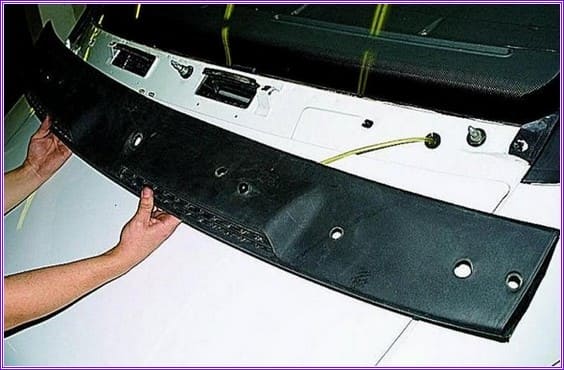 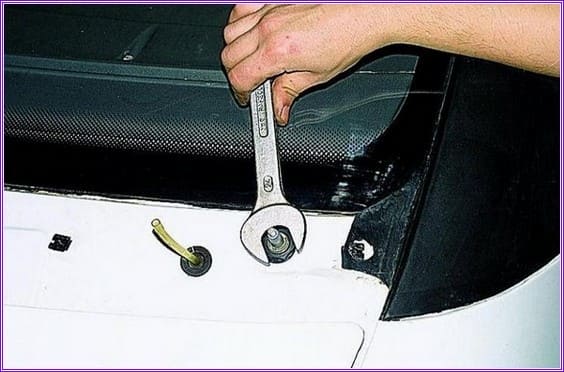 Disconnect the fluid supply hose from the tee.

Using the "24" wrench, unscrew the nuts securing the two bushings of the cleaner 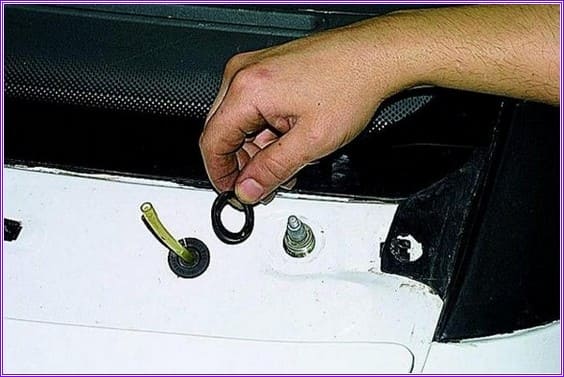 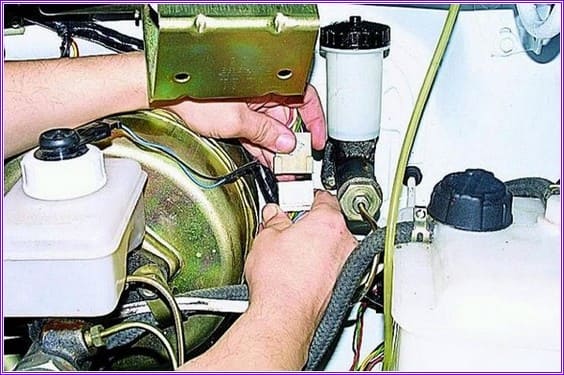 Disconnect the windshield wiper block in the engine compartment 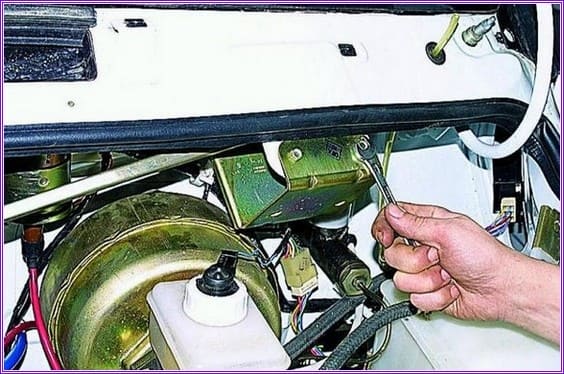 Using the “10” key, we unscrew the two bolts securing the wiper bracket to the body 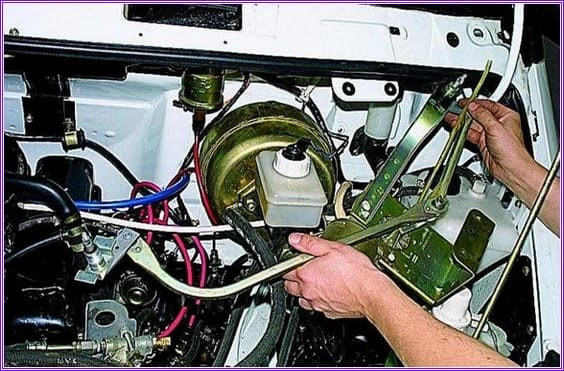 In order to remove the left link bushing from the hole in the body panel, close the hood halfway. 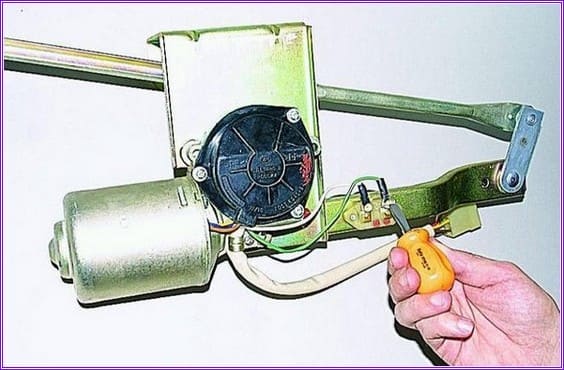 Use a screwdriver to unscrew the two screws and disconnect the wire ends from the bimetallic fuse. 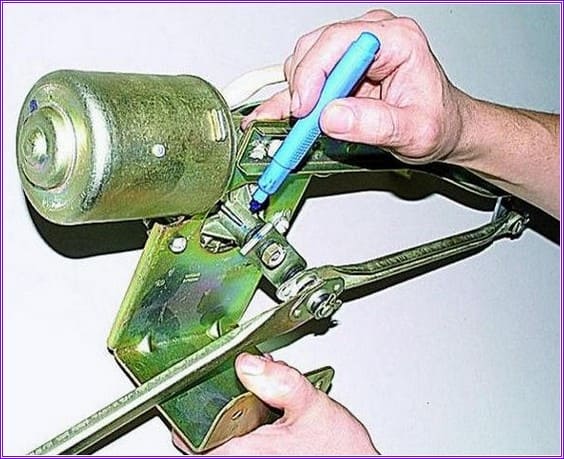 If the brushes did not go beyond the boundaries of the windshield during the operation of the wiper, before disassembly, we mark the relative position of the gearmotor and the crank on its shaft 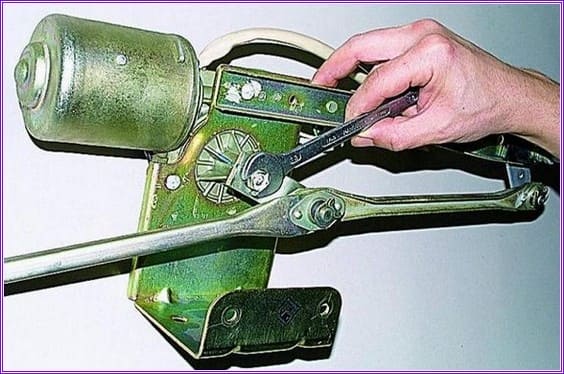 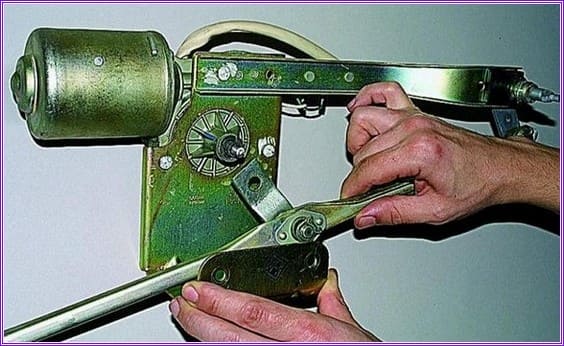 Remove the crank from the shaft splines 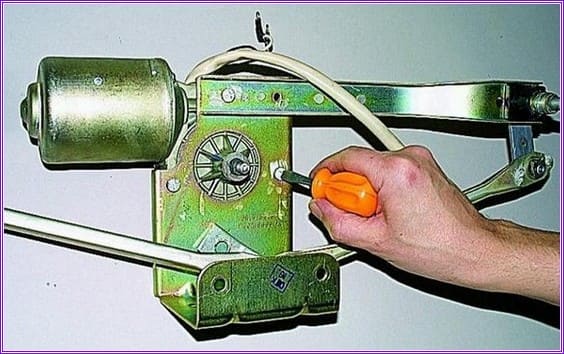 We unscrew the three screws securing the bracket to the gearmotor 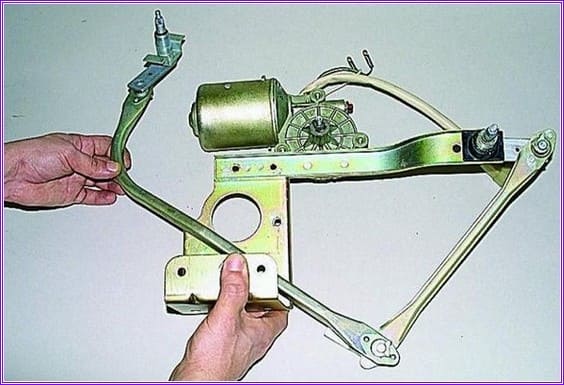 Remove the link mechanism with the bracket.

Assemble and install the cleaner in reverse order.

At the same time, we put the crank on the gearbox shaft according to the mark.

After installing a new cleaner or replacing the gearbox, it is possible that the cleaner brushes move outside the glass.

Replacing the brushes on the slots will not eliminate this malfunction.

It is necessary to achieve the correct operation of the cleaner by rearranging the crank on the gearbox shaft.

Checking and replacing the wiper relay 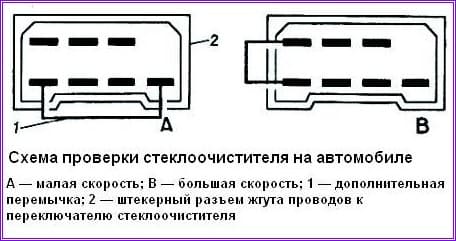 When the windscreen wiper fails, it is necessary to determine whether the fault is the wiper or the switch.

To do this, disconnect the plug from the switch (it is located under the instrument panel) and connect the plug lugs of the plug (which remained on the wiring harness going to the wiper) as shown in the figure, "A" for low speed and, "B » for high speed.

If the wiper starts working, this indicates a switch failure, and if not, the wiper is defective. 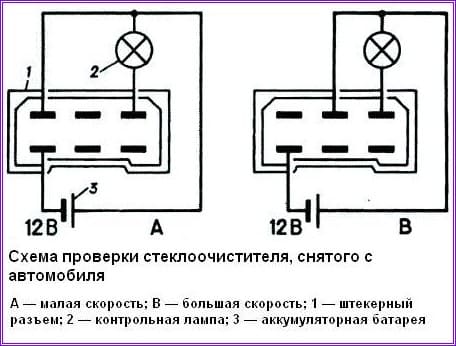 To check the operability of the wiper removed from the car, it is necessary to connect the plug-in block of the wiper according to the diagram shown in the figure (lamp 2 will flash).

If the wiper works at low and high speed, but does not work in intermittent mode, check the intermittent operation relay 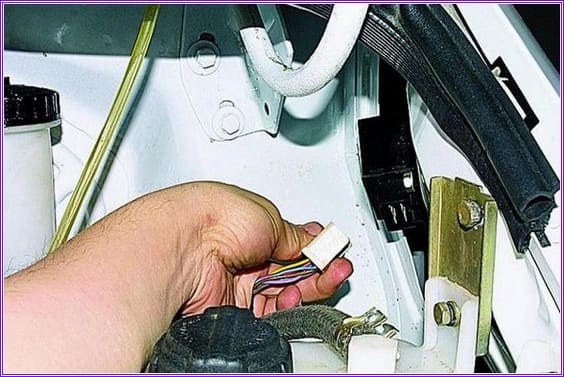 To replace the wiper relay in the engine compartment (above the expansion tank), remove the connector block from the relay outputs 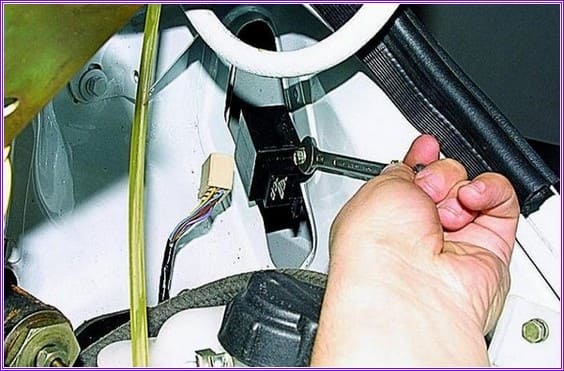