Disassembly and assembly of the cylinder head VAZ-2123

In case of such malfunctions as a violation of the tightness of the channels of the jacket of the cooling system and warping of the mating surface to the cylinder block, the block head is replaced.

You will need: wrenches "for 13", "for 17", "for 21", a spark plug wrench, a screwdriver, round-nose pliers (tweezers), a device for compressing valve springs. 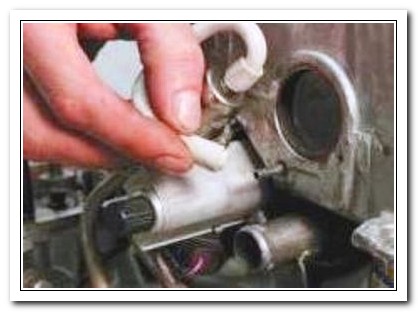 Disconnect the fuel pressure regulator hose from the nozzle on the receiver. 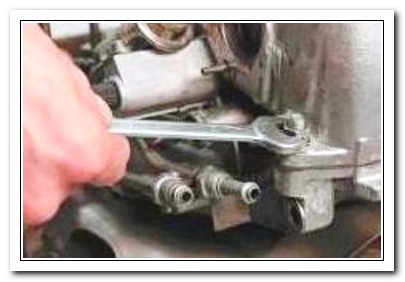 Remove the nuts securing the receiver to the intake pipe 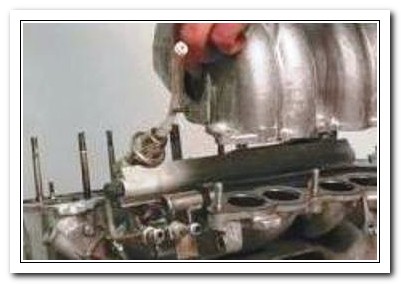 Remove the receiver and the gasket installed underneath it

If there is a valve spring compression tool that differs in design from the one shown (for example, a screw screwed into the hole in the head of the block for the hydraulic support), it may not be necessary to remove the receiver.

For convenience, you can remove the intake pipe and exhaust manifold (see "How repair the Chevrolet Niva exhaust system"), as well as the rest of the hinged units removed together with the head, however, if repair or replacement of these units is not required, with sufficient skill it is possible to repair the block head without removing them. 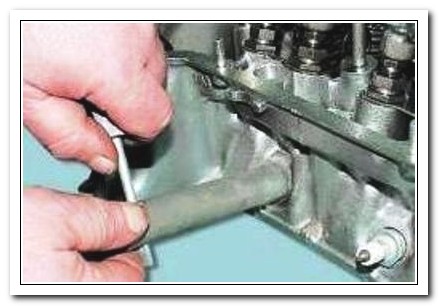 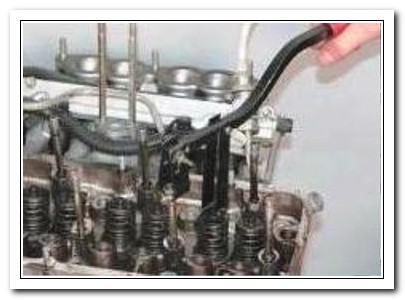 Mount the valve spring compressor on the head of the block, place a suitable stop under the valve (for example, the head from the tool kit), compress the springs 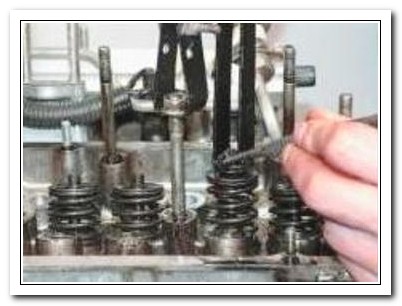 Remove the crackers from the plate of springs 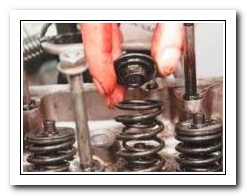 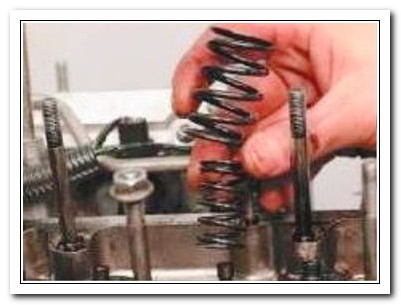 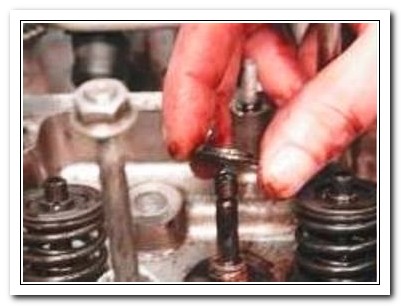 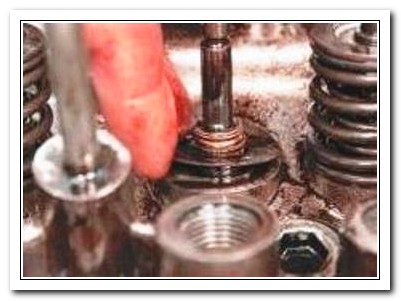 Remove the valve from the guide sleeve.

Remove the rest of the valves in the same way 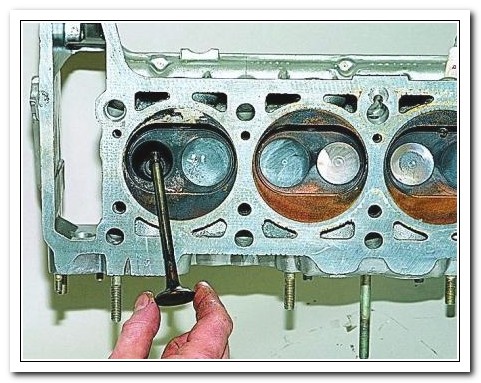