The chain starts to rattle while the engine is running

In this case, replace the shoe

Replacing the damper shoe without dismantling the radiator is possible only with sufficient skill of the performer, since the space between the engine and the radiator is very small.

If there is no experience of such work, we recommend removing the radiator.

In addition, for the convenience of work, we recommend removing the oil sump protection and the engine mudguard, since the three oil sump mounting bolts, which simultaneously fasten the timing gear drive cover, are difficult to access from above from the engine compartment. 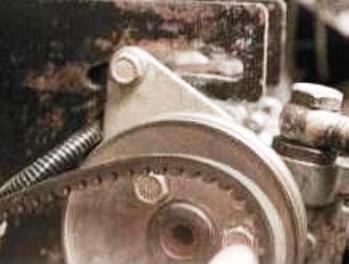 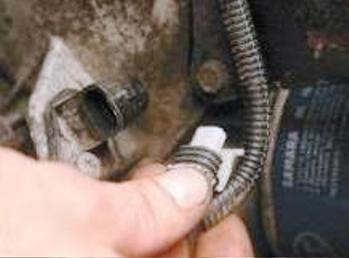 Disconnect the wiring harness from the crankshaft position sensor. 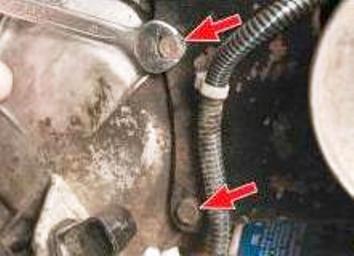 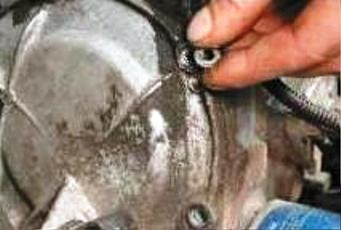 Please note: a spacer washer is installed under the upper front bolt, do not lose it, and reinstall it when reinstalling the pump. 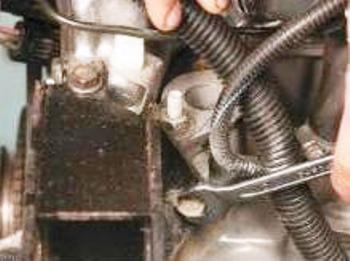 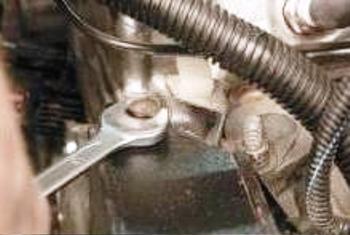 Remove the top bolt and move the pump to the side along with the bracket and hoses. 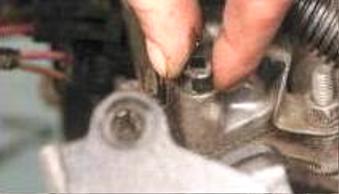 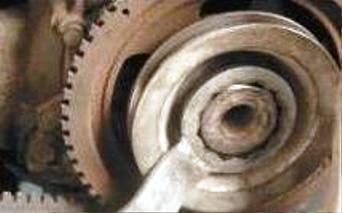 Please note: a distance washer is installed under the upper bolt, do not lose it, and when reinstalling the pump, reinstall it in its original place 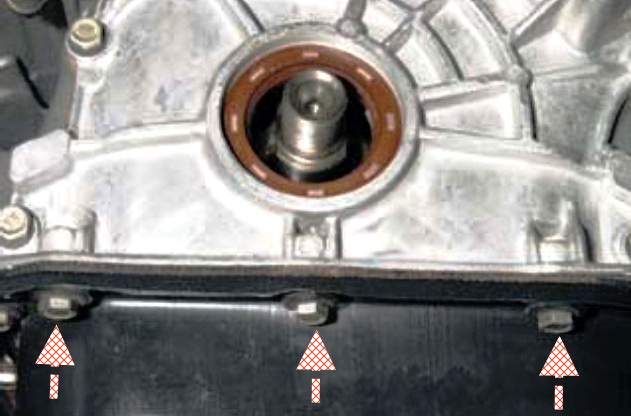 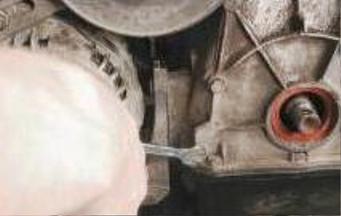 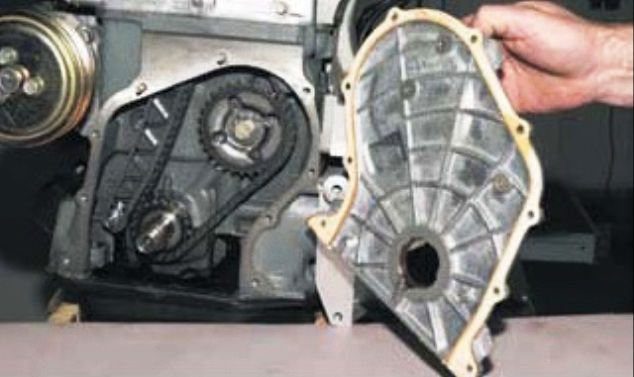 Unscrew the remaining bolts and nuts securing the camshaft drive cover and, prying with a screwdriver, remove the cover and its gasket. 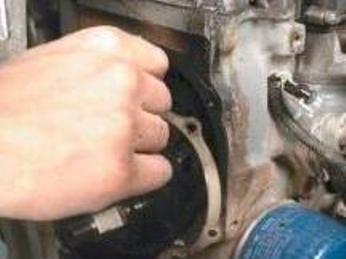 Each time you remove the cover, replace the gasket with a new one, even if the old gasket is intact.

Before installation, lubricate the new gasket on both sides with a thin layer of sealant. 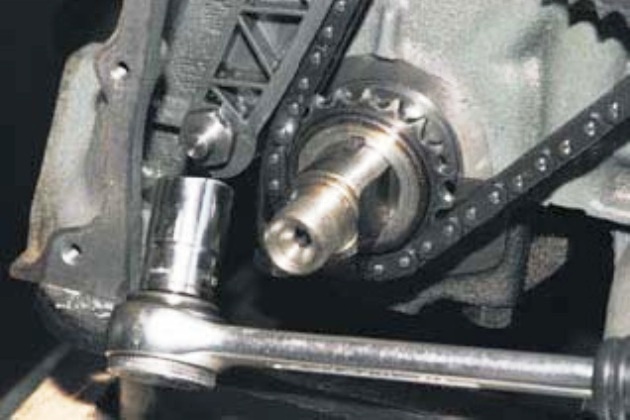 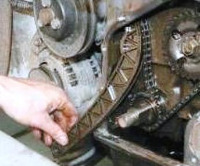 Remove the tensioner shoe mounting bolt and remove the shoe

Pay attention to the original shape of the shoe - it differs from the shoes previously used on VAZ engines. Buy the exact same shoe.

Install the new tensioner shoe and the removed parts in the reverse order of removal.