Remove the engine screen. Relieve pressure in the power system

We show the operation of checking the resistance of the windings on the removed fuel rail. 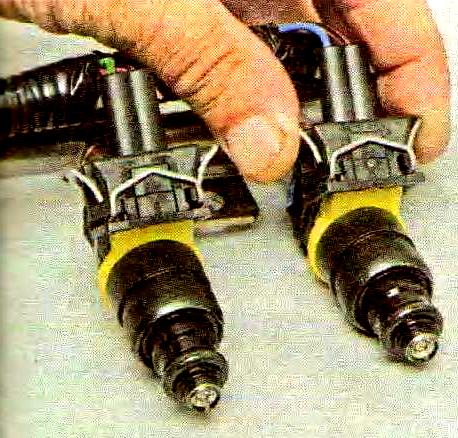 Squeezing the spring clip of the wire block, disconnect it from the nozzle.

By connecting the tester probes to the injector terminals, we check the resistance of the winding. 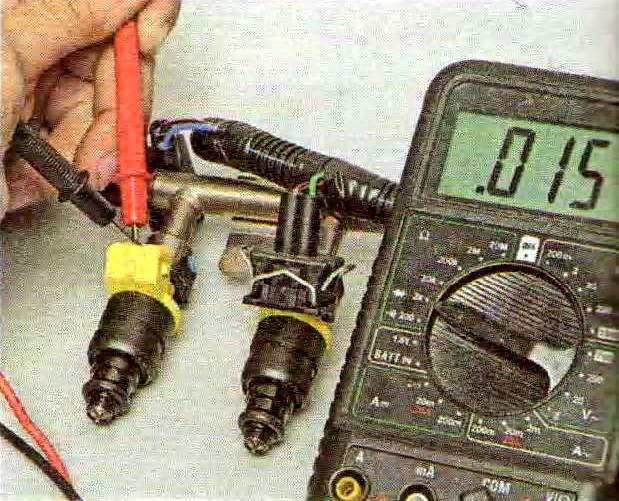 For a working injector, the winding resistance should be in the range of 11 - 16 Ohm.

We also check other nozzles. 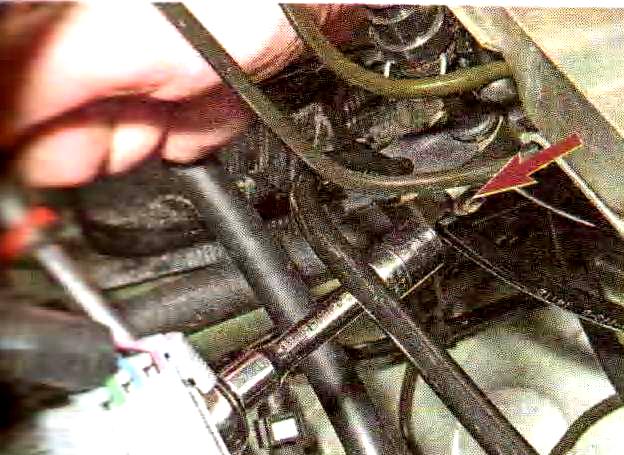 To check the quality of the spray and the tightness of the nozzles, remove the air supply hose to the throttle assembly.

Using a 10-head, we unscrew the nut securing the pressure plate of the holder of the fuel supply pipe and the tube of the canister purge solenoid valve (the holder is located under the battery mounting platform). 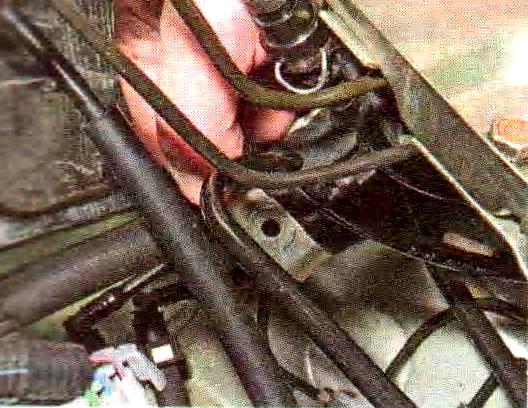 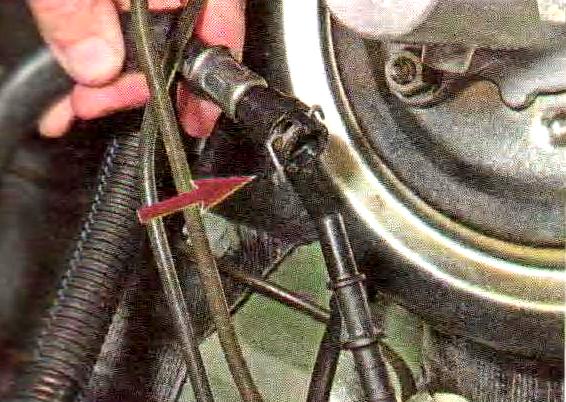 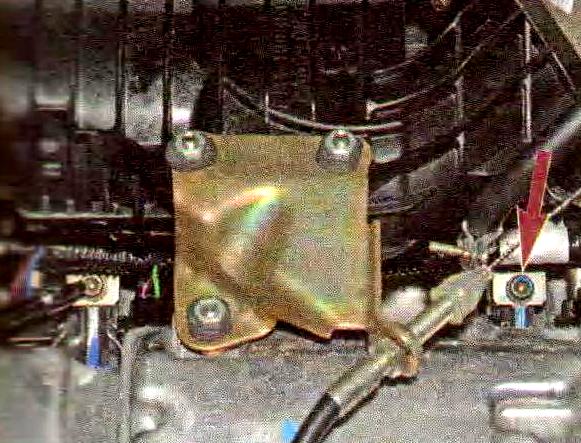 Using a 5 hexagon, we unscrew the two screws securing the fuel rail to the intake pipe. 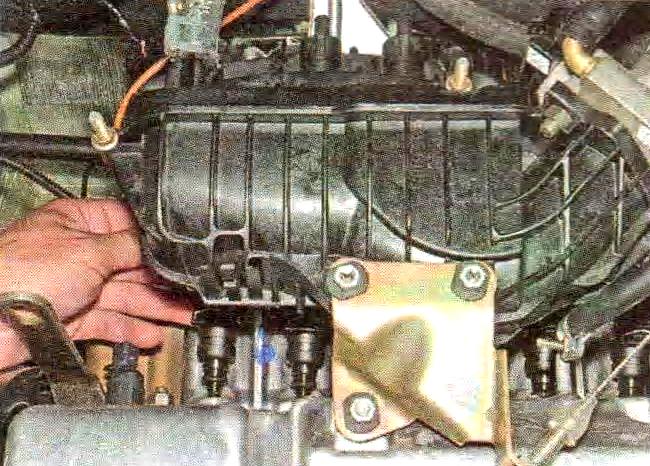 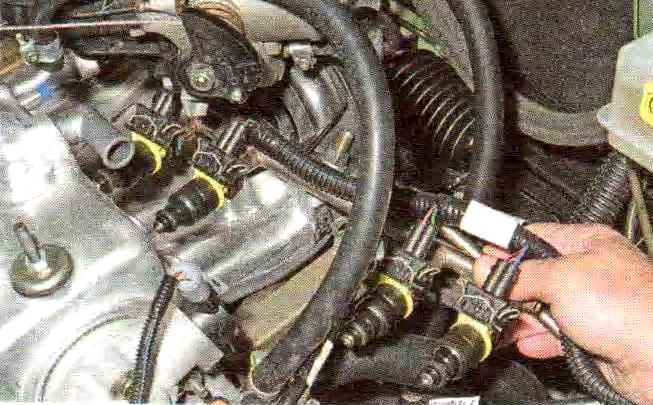 We take out the fuel rail with injectors.

Insert the fuel pipe into the tip of the fuel supply hose to the rail until the lock is activated.

Turning on the ignition, we check the tightness of the connection of the ramp, hose and tube.

We check each nozzle one by one, placing a container for collecting fuel under it.

When the ignition is on, we directly supply a voltage of 12 V to the nozzle from the battery with two wires.

Jets with a characteristic spray cone should flow from the nozzle spray. 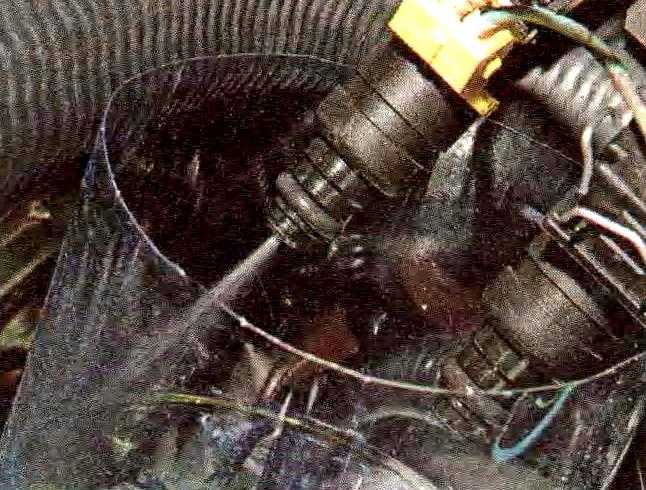 Having disconnected the wires from the nozzle, we check if fuel is leaking through the nozzle opening.

Fuel leakage should not exceed one drop per minute.

In the same way, we check other nozzles.

If the electrical resistance of the nozzle is not correct, the amount of fuel sprayed and the spray pattern is very different from other nozzles, or the nozzle is leaking, it must be replaced. 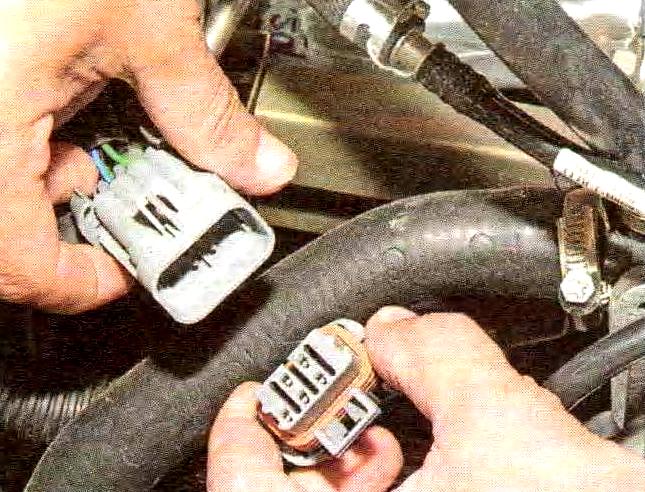 Before removing the fuel rail, we relieve the pressure in the power system. 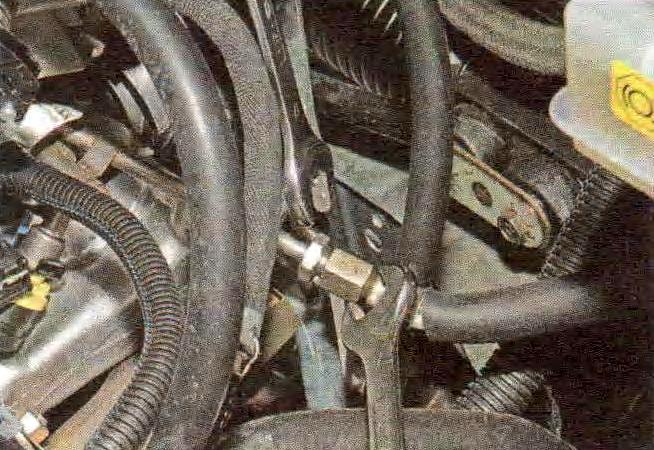 Holding the end of the fuel supply hose to the rail with a key of 17, unscrew the fitting of the rail tube with a wrench of the same size. 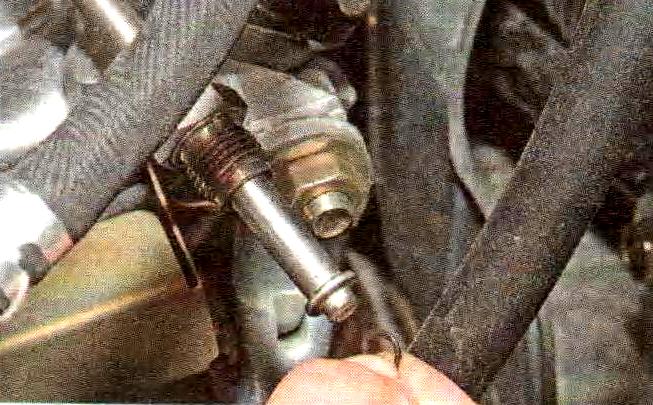 A rubber o-ring is installed on the end of the ramp tube. 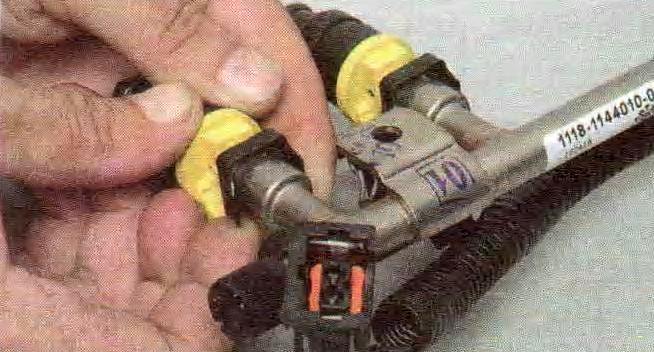 Remove the fuel rail with injectors from the engine compartment 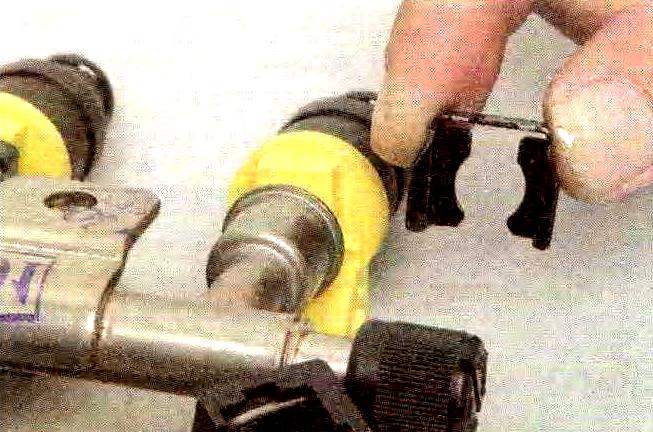 Remove the nozzle from the fuel rail 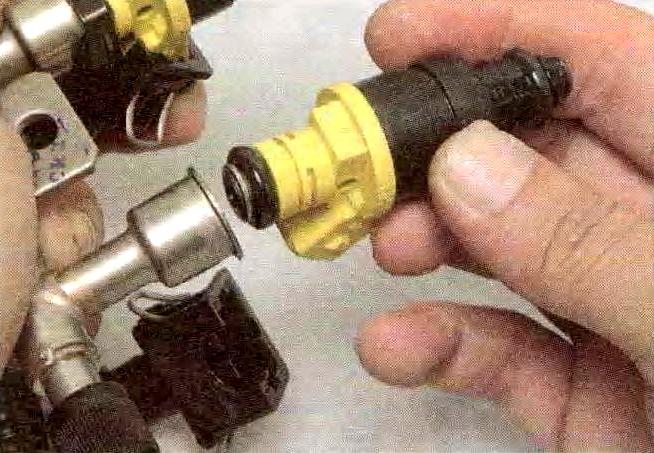 Remove the O-ring from the atomizer and nozzle body. 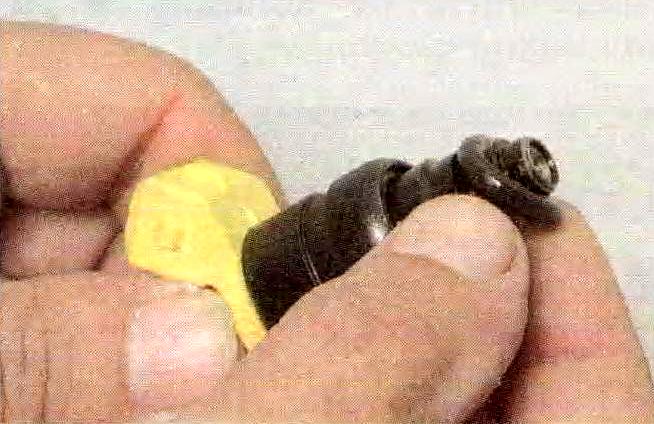 The O-rings of the injector are the same. We also remove other nozzles.

We replace the sealing rings with new ones.

We assemble and install the fuel rail with injectors in the reverse order.

Before installation, apply a thin layer of engine oil to the O-rings of the injectors.

Loss of elasticity or damaged o-ring of the ramp tube tip must be replaced.