On some vehicle variants, a mechanical clutch is used

Closed type release bearing, controlled by a clutch release fork and a cable that is directly connected to the clutch pedal. 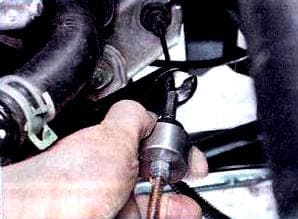 For the convenience of subsequent installation, before removing the cable, we measure the length of the free part of the lower tip of the cable (at the gearbox) 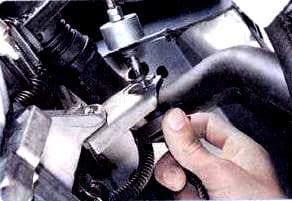 Moving the cable forward, we remove it from the slot of the clutch release fork 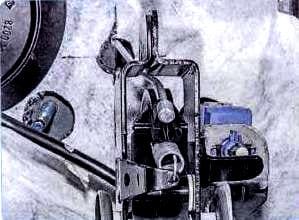 In the cabin, under the instrument panel, disconnect the tip of the cable from the clutch pedal sector. 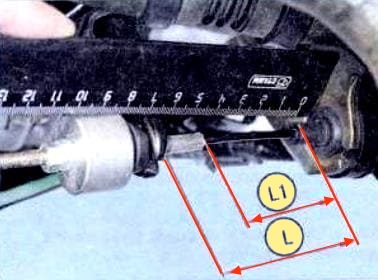 After installing a new cable, we perform the initial cable adjustment.

If the dimensions do not match, adjust the adjusting nut of the cable end, with the locknut loosened.