- separate lights for illuminating the lower part of the door (light up when the corresponding door or storage compartment in the floor is opened);

Interior lighting devices light up on command from the UCH:

Depending on the situation, the UCH will turn off the interior lighting with a time delay.

Shutdown with a time delay:

The UCH turns off the interior lights after a time delay of approximately 20 minutes.

Depending on the location of the ceiling lamp and the vehicle equipment level, the lampshade can be equipped with: 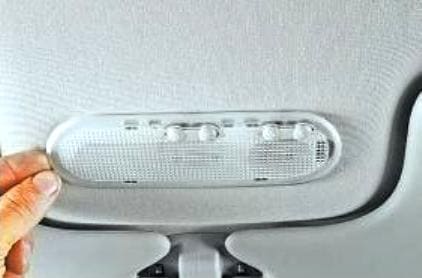 Pry off the diffuser of the lampshade 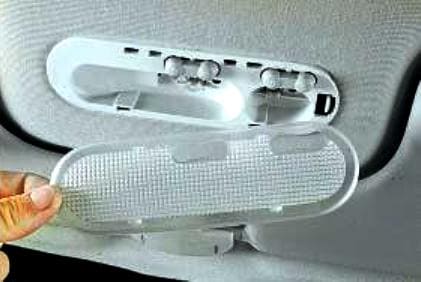 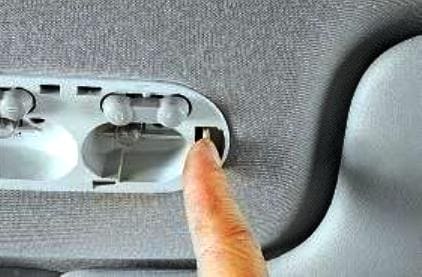 We press the fixing clip of the combined lampshade 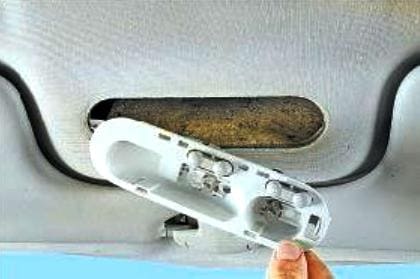 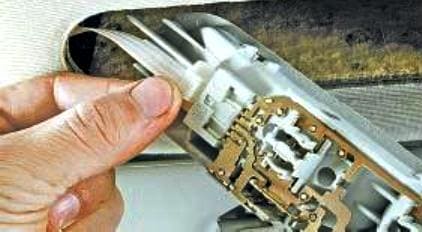 Disconnect the block from the ceiling 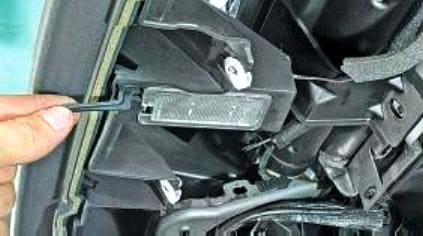 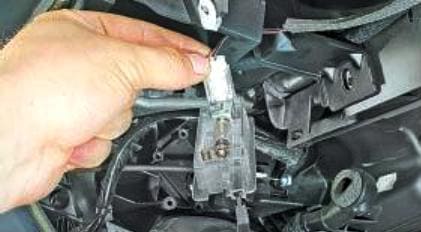 Disconnect the wiring harness from the ceiling

In addition to the mirrors, the sun visors can be fitted with lights integrated into the headliner.

The switch is located on the sun visor mirror cover (Fig. 3).

Power is supplied to the light through the sun visor's center mount (fig. 4).

The operation of the switch is checked with a multimeter.

Vehicles can be equipped with separate lights controlled by the UCH by opening underfloor storage boxes on the driver's or passenger's side.

Insert the connector inside the door.

Put the lantern in place by pressing it from the opposite side.