The sensor detects the amount of air entering the cylinders while the engine is running.

There is a platinum filament in the sensor housing. During operation, it heats up to a temperature of 150 ° C.

The air flow passing through the sensor housing removes more heat from it, the higher the air flow rate.

The electronic unit calculates the mass flow rate of the incoming air by the amount of electric power that is spent to maintain the set temperature of the thread.

Based on its readings, the electronic unit makes adjustments to the operation of the electrical circuit for heating the thread, thereby compensating for temperature fluctuations caused by changes in weather conditions.

The control system informs the driver about the occurrence of a malfunction in the mass air flow sensor circuit by turning on the KMSUd indicator lamp, the fault codes are stored in the memory of the electronic unit, and the engine will be switched to standby mode.

Turn off the ignition and remove the "negative" terminal from the battery. 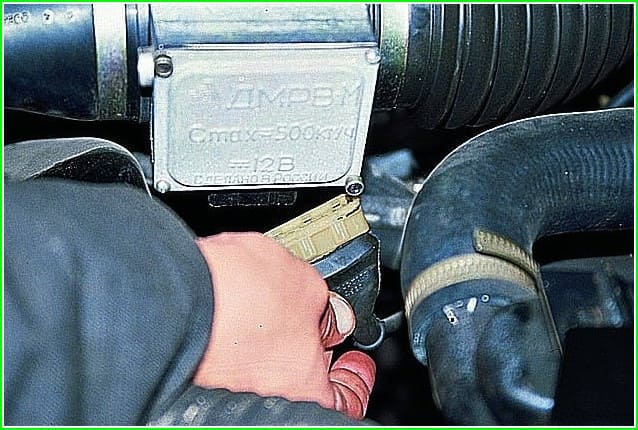 Prying off the spring clip of the block with an awl, disconnect the sensor connector.

Loosen the clamp screws with a screwdriver. 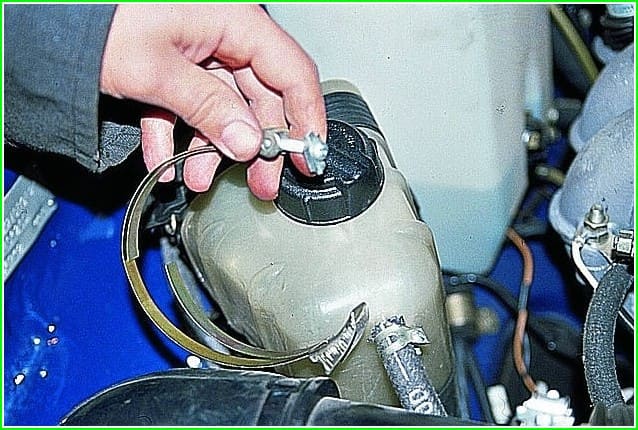 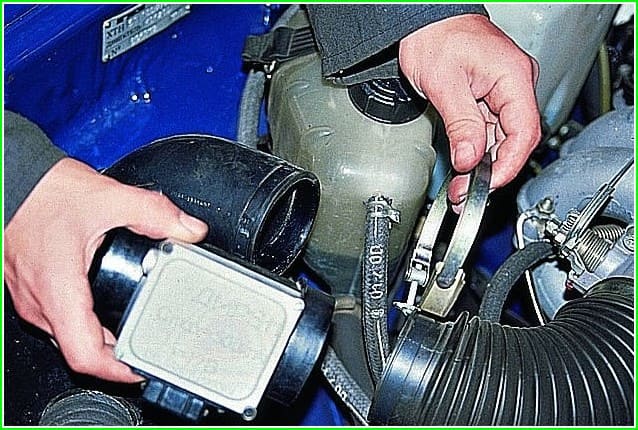 Remove the mass air flow sensor from the air ducts 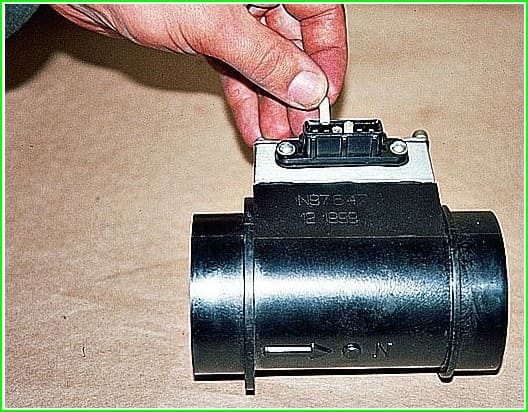 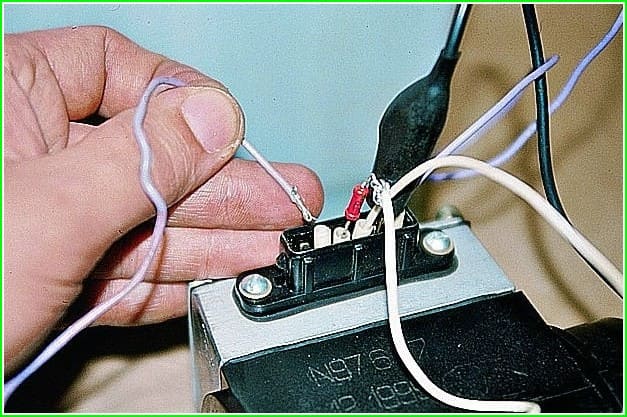 Having inserted the ends of the wires bare by 7-8 mm into them, we assemble the circuit shown in the figure.

When connecting the wires to the sensor, you need to be guided by the profile of the end of the connector. 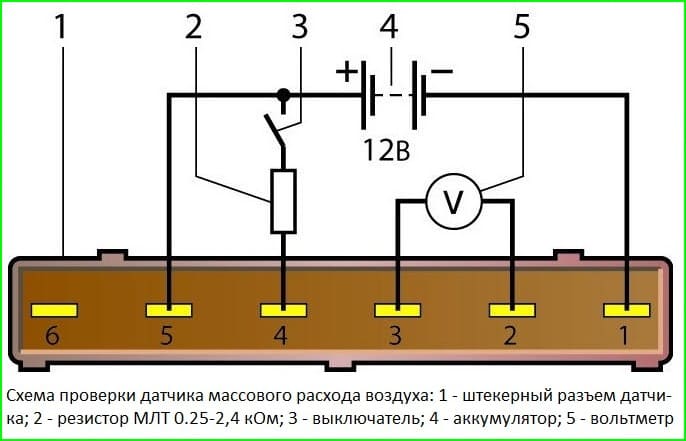 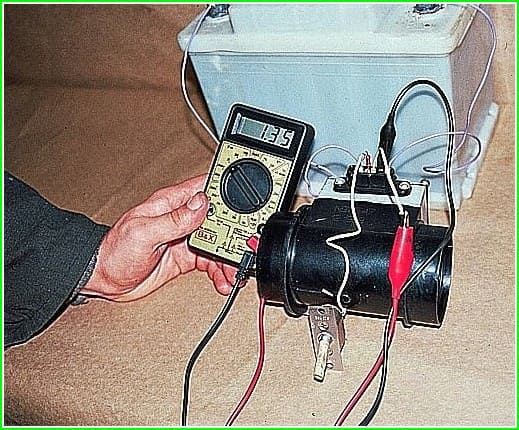 We take the readings of the voltmeter with the device switch turned off.

Turn on the switch for a short time and take the readings of the voltmeter. 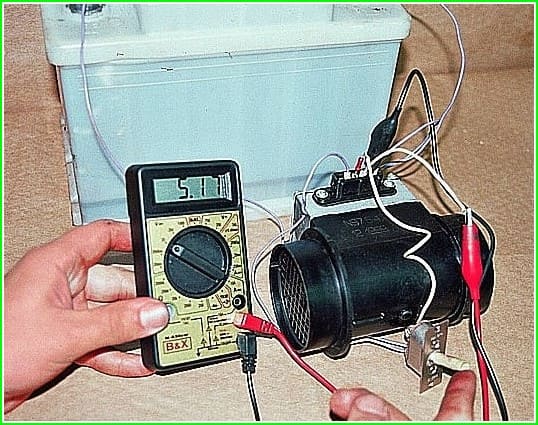 For a working sensor, the voltage at terminals "2" and "3" should increase to approximately 8 V. 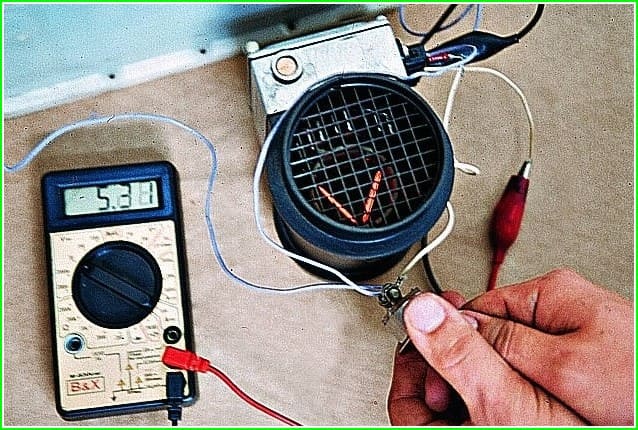 Platino At the same time, the thread is heated red-hot.

A defective sensor must be replaced.